We will never fully eradicate bias (it’s a fundamental part of human nature and necessary to enable us to make choices – all recruitment is a form of discrimination, provided that there is a selection of candidates to choose from) - but we can take measures to try to avoid unconscious and inappropriate bias, that might adversely impact on our futures, as there is often little point in accepting the status quo and expecting permanent growth. 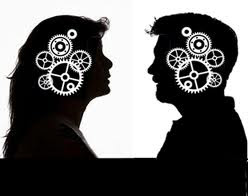 In my opinion, successful individuals and organisations are the ones that actively seek people’s opinions, rather than simply relying on their own perceptions.  Take Griffin Health Services (Griffin), as hospital and healthcare provider/consultancy in the USA, as an example.  It might have been easy for the hospital to accept the fact that it was destined to be “an also ran”, as it is surrounded by six successful, larger and better funded hospitals that, on the surface, appeared to have the advantages that would attract the majority of patients.  However, Patrick Charmel, the CEO of Griffin made the best of what many would have perceived as a bad situation.  He appreciated that Griffin’s survival depended on the hospital’s ability to differentiate itself from these other neighbouring health providers.  In an attempt to better understand patient requirements, he and his team went out and spoke with expectant mothers to find out what they actually wanted from a hospital.  Their market research told them that “they did not want giving birth to be treated like a medical emergency or illness care event.  Mothers did not want to be exposed to sick patients or the traditional hospital environment.  They did not want the visitation rules that were standard protocol in hospitals.”  Armed with this knowledge, Charmel and his team oversaw the transformation of Griffin - they built a special entrance solely for mothers and their families and changed the décor of the maternity area to make it feel more like a home than an institution; they introduced queen-size beds and Jacuzzis (to ease during early labour) and changed the way that doctors interacted and cared for patients, rejecting the conventional one-size-fits-all approach and involving the broader family, to enhance the patient experience.  By Charmel’s own admission, the changes did not suit everyone – a number of traditionally minded medical professionals chose to leave.  However, Griffin is now recognized for having industry leading patient satisfaction ratings and has branched out into being a specialist advisor for other medical and healthcare institutions that wish to enhance understanding and their relationships with patients.  Communication has proved the foundation of Griffin’s lauded success, as Charmel says:

“At the outset of my career, I knew intuitively what I now know empirically: talk to the consumer.  The consumer is the inspiration for innovation.  If you probe, and if you listen, the consumer will tell you what she likes, dislikes, her concerns.  The consumer usually won’t give you the answers.  Getting the answer is the job of the problem solver, not the problem of the sufferer.” 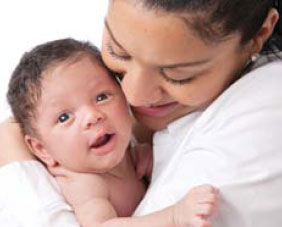 Charmel is right, but I know from my own experience that it is unwise to always take statements at face value.  When I was still a student, my mother lived in a beautiful little cottage on the outskirts of a village in Oxfordshire.  She invited me to spend some of one summer with her and my sisters and I brought a couple of friends from university along to join us.  During the time that we were there, the village had decided to hold a dinner and dance in one of the local barns, to raise money for charity.  My mother bought tickets for the six of us and was told that it was going to be a themed evening - everyone was going to turn up in 1970’s attire.  My mother’s cottage was slightly out of the village, surrounded by fields and, as she grew her own vegetables and had a well-stocked freezer, she was quite self-sufficient.  Time passed and we had no need to go into the village to buy things and hence we did not hear the local news. 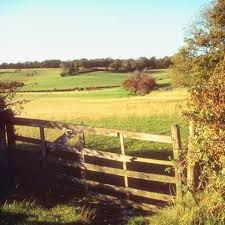 My mother is a hoarder - she has copies of magazines from the 1950’s, dubious jars and cans of food collected over the past five decades  (many of which I suspect could be used as explosive devises, should the need ever arise for a self-armed Home Guard) and wardrobes full of wonderful clothes.  We all spent a blissful afternoon on the day of the village party riffling through kaftans and vibrant floral shirts.  Eventually, dressed in clashing colours, with flowers in our hair, we set off to stroll over the fields to the barn.  1970’s footwear is not ideal for traipsing across rough farmland; the walk took us longer than expected.  By the time we arrived the other attendees had already gone into the barn for supper.  We made an unavoidably dramatic entrance in our outlandish clothes and were greeted by a stunned silence.  All heads turned to towards us, some mouths agape.  Word had not got to us that there had been a change of heart and that it was now a normal community party with no 1970s theme.  If we had made an effort to confirm details, rather than simply relying on what had been said, we could have avoided our embarrassment.  Mind you – I suspect the party would have been less memorable - we all had a wonderful time, even if we were viewed as part of the evening’s entertainment. 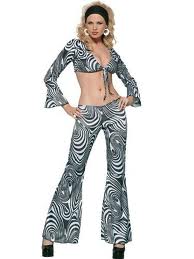 It is worth remembering that things are not always as they seem and that a bit of research and confirmation often pays dividends.  Mind you, even when accurately noted, comments and signals can be confusing.  When Richard Nixon’s mother said to him “Dick, don’t you ever give up?!”, shortly after the  Watergate scandal broke, what did she mean?  Was she encouraging him or condemning?  Words can be confusing.  So can signals.  Many of us are familiar with body language, indeed there is a lot written on the subject – I don’t deny that it can prove a good indicator, but visible signs need to be used with caution, as the reason a person has their arms folded when talking with you may not be because they are defensive, it might be because they are cold or are embarrassed by a stain on their shirt.  I have a mortifying memory from when I was a lactating mother that proves my point.  An effective communicator should be able to “read between the lines” to appreciate what a person really means.  I am sure that we are all familiar with people who make comments such as “I hear what you are saying” that seem to imply agreement (and are often interpreted as such by a person who wants to hear affirmation), but could be a polite way of expressing disagreement.  Words are often ambiguous. 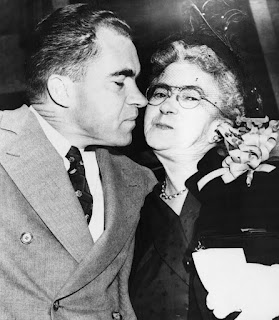 I sometimes wonder if our lives would be easier if we used pre-agreed phrases or actions with mutually confirmed and unambiguous meanings.  In the centuries before air-conditioning, when polite ladies in society were considered unsuitably dressed unless they carried a fan, women were able to communicate secretly using their fans.  Depending on which hand the fan was held in, whether it was open or closed and where it was touched, a person could communicate a multitude of messages without speaking a word, for example: 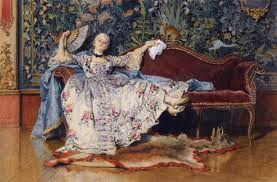 It must have been fun, although many a message could have been conveyed in error, by those simply holding their fans whilst others presumed that they were saying something significant. As stated earlier, to be effective communication needs two parties to understand what is being said.  Last night I went to see some amazing dance, by Tanztheater Wuppertal Pina Bausch, at Sadler’s Wells.  The performance is part of the Festival 2012 - an artistic precursor to the Olympics – and is one of a number of pieces about World Cities to celebrate the people and countries coming to London.  Last night’s presentation was called “Nefes” and depicted Istanbul.  It was a mesmerising and evocative performance, with cascades and pools of water and extraordinary lighting.  One image has stuck with me in relation to this post: a dancer continuously leapt, to exchange kisses with a girl on a high platform on wheels.  As he jumped, the platform was slowly pulled across the stage, whilst he continued springing up and down where he was.  Eventually, he was left leaping and kissing the air where the kiss had been.  Don’t let your communication fall into the same trap.  Be careful to ensure that your message is received and that you appreciate the stance of your counter parties.  If you don’t the world will pass you by...