On Sunday morning, just before dawn, the three enormous cooling towers of Didcot A Power Station were demolished. My attitude towards this event epitomises most people’s reaction to change – I am slightly uncomfortable: I feel nostalgic for the train journeys I took when a student, travelling across the English countryside to visit my mother – Didcot’s three solid chimneys, like giant empty cotton reels, were a signal to me that I was nearing home and that soon I would be sharing a good meal with people I loved; however; I also care about the environment - Didcot has to be destroyed to comply with the European Industrial Emissions Directive, which takes effect as of January 2016. Being a forty-something-year-old coal-fired power station, Didcot produced significant emissions of sulphur dioxide and nitrogen oxides, prior to being decommissioned last year. We now have a better understanding of the damage that burning fossil fuels can have on our existence and have begun to take suitable measures to alleviate the problem. 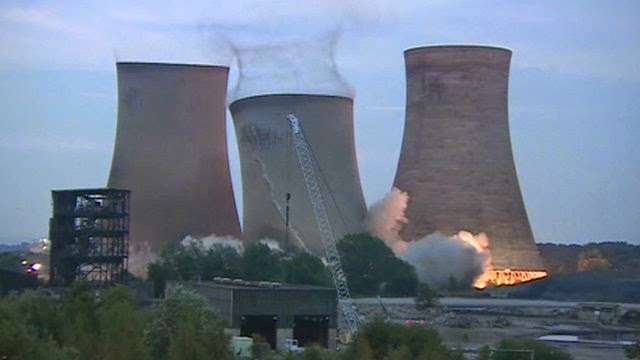 People are often slow at taking actions to effect desired change, but appropriate responses do not have to be as dramatic as blowing something up. Evolution, based on knowledge and understanding, can often prove more effective than revolution (and less destabilising). Take, for example, Susan Butcher, a veterinarian’s assistant who was aware that top athletes, weightlifters and pianists all have daily training and performance schedules in which they push themselves for up to four hours and then rest. Susan Butcher is a top dog sled competitor and was keen to compete in the Iditarod race, which takes over a week complete across 1,000 miles of challenging Arctic ice. Traditionally competitors race for a day and sleep at night, or are nocturnal and rest-up during the day. Susan Butcher chose to deviate slightly from convention, and treat her dogs as top athletes, letting them run for four to six hour stretches before resting for a similar period. Her understanding, of how a physical body best performs paid off – she and her dogs have now won the race four times and other competitors have changed the manner in which they participate. 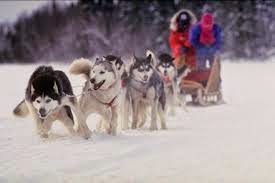 The evolution of work over the past couple of centuries is full of examples of times when the ways of doing things have been enhanced and evolved, as well as notable periods of significant change. We have progressed through clear stages, from being:

·    Artisans - who would create a product, as required – often a cumbersome and time-consuming act that is not conducive to scalable mass production

·      Industrialists who, via the mechanisation of repetitive processes, on a production line, could replicate an object fairly swiftly – but the lack of adaptability forces customers to accept what is offered

·  Technicians who, through the use of information technology and tailored production (such as 3D printing) can amend a basic offering, so that it seems personal - this approach relies on speed and the ability of scientists and entrepreneurs to adapt existing systems to create a unique or amended product – although it enables a degree of customisation, as yet few products that are available to the masses are truly bespoke

·  Digital Natives, who are beginning to flex their muscles in the workplace increasingly individuals are choosing to be self-employed and technology, in the right hands, is enabling bespoke, cost-effective production – but the current environment is so complex that it can be hard for a potential customer to locate their best provider for a desired product, or indeed for a producer to locate a suitable customer base. 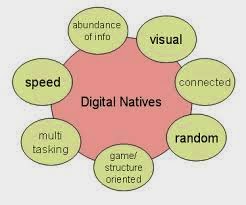 As our world changes, we now need people with wisdom who can understand what is required and provide or locate a solution.

"Wisdom is the principal thing:Therefore get wisdom:And with all thy getting Get understanding."
Proverbs 4:7

On Thursday I teamed up with a collection of people, all interested in the changes that are occurring (and those which need to occur) in the workplace - not just the physical environment but also the manner in which individuals choose to and are expected to work, as well as the workers themselves. The meeting was part of the Beyond the Workplace conversation (#BtWC) – a UK-originated initiative supported, in part, through collaboration between the British Institute of Facilities Management (BIFM) and the Chartered Institute of Personnel and Development (CIPD). Given that we wished to understand and find answers, it was appropriate that we commenced the session with a Street Wisdom session (you can read my thoughts on Street Wisdom here). Over 50 people participated, drawn from all walks of life, ages and demographics. We started by seeking an answer to a personal question and, having begun to think in a more open-minded and creative fashion, we moved on to contemplate the future of work and what could or might need to change. Many ideas surfaced including:


People are beginning to share their experiences of the event, you might enjoy this post by Ian Ellison or this one by Perry Timms. Both blogs express the frustrations of people seeking understanding and appreciating the power of having a sense of place. Nobody has the solutions (yet) but the debate has started. There will be other #BtWC sessions soon, in Sheffield, Brighton and Edinburgh. I urge you to attend if you can. None of us in isolation has all the answers, but, perhaps, between us we can stimulate debate to articulate and encourage a better future. Thinking is evolving…

As Mark Twain once wrote:

“Evolution is a blind giant who rolls a snowball down a hill. The ball is made of flakes—circumstances. They contribute to the mass without knowing it. They adhere without intention, and without foreseeing what is to result. When they see the result they marvel at the monster ball and wonder how the contriving of it came to be originally thought out and planned. Whereas there was no such planning, there was only a law: the ball once started, all the circumstances that happened to lie in its path would help to build it, in spite of themselves.”

Last week, many marvelled at the arrival in Liverpool of three giants – a grandmother, her granddaughter and a dog – an extraordinary piece of street theatre. They were part of a commemorative spectacular, recognising the centenary since the start of the First World War. The event, produced in collaboration between Liverpool City Council and Royal de Luxe, the astounding French creative troupe founded in 1979 by the inspirational Jean-Luc Courcoult, was intended to commemorate the Liverpool Pals – the City’s heroic battalions recruited by Lord Derby in response to Lord Kitchener’s appeal for volunteers to fight in the war. (Of the 5,000 men who joined the Pals, 2,800 died.) Over a four-day period the giants slept, walked, played and enchanted the people who saw them. Their departure ended with a shower of Your Country Needs You postcards, scattered over the crowd.

Metaphorically, I am doing the same, inviting you to join us and contribute towards the Beyond The Workplace Conversation. Please add your voice, you might be the one to make the much-needed giant step that will change the world of work… 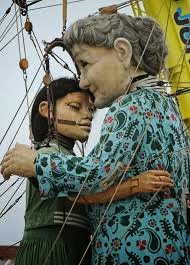