On Thursday a friend of mine collapsed in Oxford Street in London - individuals rallied round, sheltering both him and the others trying to care for him, shielding them from the incessant rain with their umbrellas.  Worried strangers applied first aid and called for medical assistance (he managed to locate and thank them a day later, after tracing them through their tweets about what had happened).  On Friday, on my way home from work, there was a stabbing outside the tube station near my house and a man is now dead.  After the police arrived and cordoned off the crime scene, people clustered in small groups, peering past the security tape to gawp at the blood and the professional forensic investigators.  The perpetrators ran off, after the stabbing, leaving the man to die.  Such contrasting events with different outcomes…and yet both are examples of human group behaviour.

Despite the differences, these are illustrations of people being “tribal” in the way in which they interact with others.  Once one person started assisting my friend others followed suit and Twitter itself, despite being open to all, consists of clusters of individuals who follow and share information with each other, grounded in their shared interests, common traits, values or opinions.  The stabbing was, according to local comments, a result of gang rivalry - people protecting “their turf” and rejecting an outsider whom they saw as dangerous or different.  They wanted to make a statement through their actions - warning others to beware and respect them.  Man’s behaviour arguably has not changed much since the Stone Age.  Intruders pose a threat to potentially scarce or precious resources, or perhaps they own objects that are desirable or could be subversive to established ways of doing things, and hence violence ensues.
When I was a child there was a book in the downstairs cloakroom of our house that always fasciated me, because of its amazing photographs and dark, forensic-anthropologically founded, conclusions.  It was called The Bog People (by the marvellously named Professor Glob) and it showed the preserved remains of Iron Age men and women who had suffered violent deaths  - mostly sacrificial.  (As a little girl these pictures were both terrifying and enthralling and I would make what I considered illicit trips to “the smallest room” simply to take a peek at the photos).  Similar archeological discoveries have been found in peat bogs in Ireland.  An even older preserved body, of equal fascination, is that of the Neolithic man Ötzi, who was discovered on the Austrian/Italian border in 1991, preserved in ice for 5,300 years. He too suffered a violent end, probably bleeding to death from an arrow wound in his back.  Man has a long history of murder and conflict.

The events on both Thursday and Friday make me ponder the forces that drive our behaviours, that chestnut of nature vs. nurture.  What compels people to kill each other? Why are others willing to step forward and help a stranger in his or her time of need?  What motivates us to behave as we do?  In the recent events I have mentioned, both groups of behaviours are perhaps rooted in a desire for survival - either personal or for the species.  Doubtless people outside the underground station were wary of stepping forward to assist when their own personal safety could be in danger - there were dangerous men wielding knives.  By the time the gang had run off, time had passed and the on lookers had probably become classic examples of the “diffusion of responsibility” - a sociopsychological phenomenon that tends to occur when there are more than three people present and where, as a result, none of them take action in response to an emergency.  This is sometimes referred to as the bystander effect (individuals decide not to respond because they are aware that others who are also witnesses and hence the responsibility for reacting is assumed to be being acted upon by others).  This group behaviour was notably commented on in the case of the murder of Kitty Genovese in New York in 1964.  Ms Genovese was brutally attacked outside her apartment and called for help after being stabbed in the back.  Neighbours heard the sounds but took little action.  Her attacker ran off, subsequently returned, raped, robbed and fatally stabbed her.  Initially the story had little coverage, but within a fortnight the media had latched onto the incident and emotive headlines and comments such as “Thirty-Eight Who Saw Murder Didn’t Call the Police” hit the press.  Much was said about the impact that living in an urban environment has on people’s behaviour.  Being anonymous can encourage apathy.

This can be an issue at work, particularly in large organisations where it is easy to blend into the crowd.  I used to be employed by one of the UK’s leading retail banks and, whilst there I undertook research into our best and lest effective branches.  There are many reasons for success - leadership, customer profiles, product appeal within certain communities, staff turnover, branch footfall…to name but a few.  However, one thing that made a noticeable difference to customer satisfaction, absence rates, employee motivation and financial performance was the relationship between employees and those around them.  If the bank branch was located within a close-knit community, where people knew each other and their families, it was noticeable that employees were more reliable and productive - with lower absence and sickness rates and higher customer satisfaction.  The link seemed to be due to being known as being accountable.  If you were away you appreciated the impact that you might be having on your colleagues and their wider lives.  If the community in which you lived heard that you were unwell, people would make it their business to know how ill you were and would ask after you.  If a promise was made to a customer, that commitment was more likely to be kept, because you knew that you would be held responsible and named as the person who failed to meet an obligation or complete a transaction within an agreed timeline, should things not go according to plan.  There is a greater probability that you will apply yourself to the task if you know that people, who know you, are relying on you.  People work best when they feel accountable and know that their individual performance is being relied upon (it is for this reason that in First Aid training these days individuals are encouraged to nominate a particular person to provide required assistance, even if that person is a stranger - “Hey, you, in the purple T-shirt, call an ambulance!”). 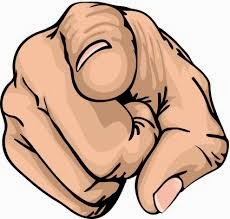 There is research that shows that people perform best when they are being observed.  The most famous study to illustrated this effect was undertaken between 1924 and 1932 at the Hawthorne Works (a Western Electricity factory outside Chicago) in collaboration with Harvard - the research was initially to determine whether better lighting would enhance productivity on the factory line, but test results proved that employees’ performance is enhanced when they believe that people are showing an interest in them and what they do.  The findings were so striking that the “Hawthorne Effect” has become the accepted phrase, used to describe the phenomenon of temporary changes in performance resulting from being observed or interacted with, rather than any actual actual changes in routine or the environment.  What was perhaps of even greater importance is that this research heralded the start of studies into employee attitudes and was the forerunner of the now commonly used engagement surveys and employers’ efforts to make the workplace a pleasing environment where people feel motivated and are more productive.

Behavioural science is proving increasingly important in aiding our understanding of how people act both at work and in society.  Just like other parts of our body, the human brain has deeply seated reflex reactions to certain stimuli - for example studies at Newcastle University are demonstrating that merely hanging posters of staring human eyes can be sufficient to deter anti-social behaviour. such as theft; scents such as freshly brewed coffee and baked bread can make potential buyers more favourably inclined towards buying a house.  We respond to our environment and the people around us.  It is well known that anti-social behaviour increases when individuals feel that they are anonymous or not being observed - for example recent studies of a group of 941 on-line gamers in Singapore and China revealed that 70% of them cheat when playing with strangers.  This could have ramifications within the workplace, as we increasingly rely on technology and remote, cross-border working.  Certainly it means that we need to ensure that people feel that they are valued and viewed as individuals. 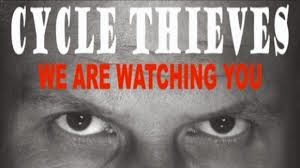 The impact of social media is already being felt in the way we communicate - unhappy customers are swift to voice their discontent on Facebook, Reddit and Twitter.  There is nowhere to hide and there is the opportunity to comment in public 24 hours a day.  The employer brand is in the care of a few individuals interacting with others in public.  Those who make things personal and appropriate are the ones who shine.   I enjoyed this interaction with a customer, Marty Lawrence, by an employee called David at the UK retailer Sainsbury’s - an excellent Storify and I have played some daft, but highly enjoyable, games of I-spy with various train operating companies and their passengers (when I was not even seated on a train!).  These personal interactions has enhanced my opinion of the businesses. 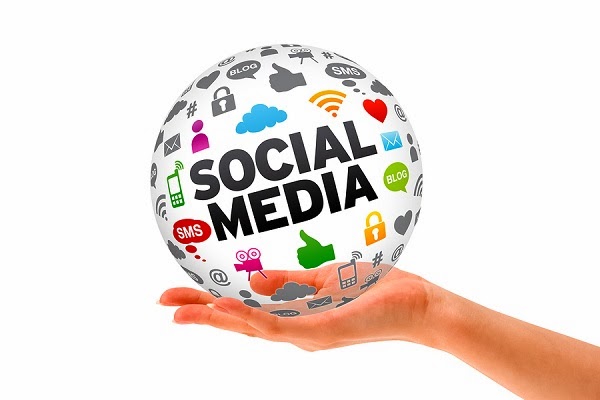 Much of success comes down to people using their initiative, standing out from the flock and not being bird-brained.  Admittedly, it is a tenuous link, but I like the below video and wanted to use it:

What an extraordinary bird.

Like the crow, we need to look for ways of solving problems using what there is available. If I ever find myself in a similar situation to my friend or the poor man stabbed outside the tube, I want people around me who see a problem and step towards it with the intention of finding a solution. 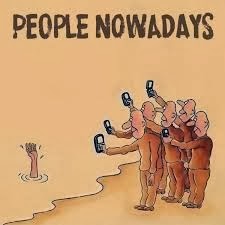 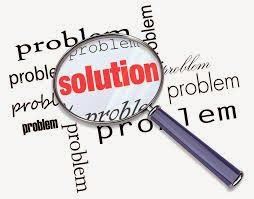 As a last word, this lady did not simply watch as a bystander (thanks to Bina for sharing it):