I went to the pantomime last night with my boys (“Oh yes we did”) – it was a very risqué version of Aladdin at the Landor Theatre (http://www.landortheatre.co.uk/), so, with theatrical performances in mind, it seems apt to give you the final Seasonal Selections candidates for this year...

All of the below are individuals who feature in festive stage productions.  As with the previous festive characters, I am not convinced that the majority of them would get jobs if interviewed (but woe betide an organisation that hires number three who, on the surface, appears so promising):

Appearance:  A man of few (if any words) and a little frosty in manner.  I suspect he might be unwell - he was extraordinarily pallid, with an ice-cold handshake.  Much to my surprise he attended the meeting wearing nothing other than a floppy green hat and scarf (although he had glued three pieces of coal vertically down his midriff, to give the impressions of large buttons – it did little to distract from his rotund figure).  He has a bizarre orange nose and dark, coal black eyes that seem to match his “buttons”.  He did not suffer from body odour but I am concerned at his approach to hygiene – I noticed a damp patch on the seat after he had gone and there was a small pool of water under his chair (that was nothing to do with the spilt coffee).

Observations:  I found it hard to warm to this fellow, despite his huge grin and beady eyes.  During our time together, he refused to utter a word and he seemed to find the modern work environment a little bewildering.  His naïve outlook and demeanour creates a childlike impression, although he clearly likes to be the centre of attention.  Judging from his responses and reactions to the things around him, I suspect that he could be accident prone and hence a health and safety risk both to himself and others.  During our time together, it seemed as if he was experiencing things for the first time and was visibly upset and offended when I gave him a cup of coffee -  despite having nodded acceptance when I proposed a warming brew (and after initially reaching out for it),  he forcefully thrust the cup away from him, causing the mug to slide off the table, shattering and spilling its hot contents, he then leapt onto his chair and remained standing there in a shocked pose with his hands to his mouth, eyes wide, apparently frozen in horror, until the streaming puddle was mopped up.  Hearing the sound of young people in the street, he rushed over to the window and watched and waved.  It was clear that he finds the company of children preferable to that of adults – perhaps they enjoy communicating via mime more than I do.  The meeting felt like an awful game of charades with a mad and deaf elderly uncle, tipsy on too much sherry.  I hope I am mistaken, but I think I understood him to indicate that he is not adverse to abducting minors and taking them flying (“walking in the air”), despite not having a valid pilot’s licence.  I am proud of our company’s Diversity and Inclusion Policy and believe in employing people of mixed abilities, however, I fear that this simple minded mute might be a step too far. 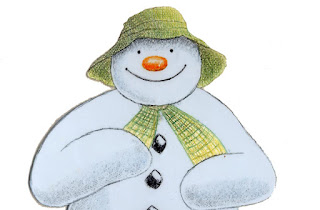 Appearance:  Dressed in a garish servant’s jacket trimmed with gold braid, fastened with enormous brass buttons and wearing a bellboy’s hat, with distinct circles of rouge on his cheeks. He grinned constantly and kept telling me in a conspiratorial whisper that he was “in love with Baron Hardup’s daughter”.  He perhaps suffers from ADD as he could not sit still and at one stage in the meeting even broke into song, to the tune of the Twelve Days of Christmas but with peculiar lyrics - “five toilet rolls, three pots and pans, two rubber chickens and a bra that was made to hold three” if I remember correctly – I’m all in favour of having a cheerful disposition, but that’s not the kind of conduct that we need in our office.

Observations:  This somewhat cheeky chap was highly irritating – he constantly corrected me, repeatedly shouting “Oh no it isn’t” to almost everything that I said.  When he wasn’t contradicting me, he was trying to make me paranoid by informing me that there was something behind me; I never did discover what the “it” was, which he kept referring to.  To calm my nerves, I suggested a brief pause in our meeting, at which point he wandered off to the typing pool and invited three of the prettiest secretaries to come and join us.  He made them sing a verse of his ridiculous version of The Twelve Days of Christmas and then presented each of them with a bag of sweets and a balloon.  He bust poor Jane’s balloon, but assured her that if she placed it in an envelope and sent it to me, via the internal mail, that it would magically be transformed into a £50 bonus to be added to her next pay check, provided that she believed in magic, which she assured us she did.  In my opinion, the fellow is manipulative, mad and a menace. 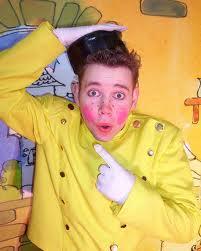 Appearance:  Immaculately presented (although clearly a little vain, as she kept admiring herself in a mirror that she carried with her and appeared to ask rhetorically “Who’s the fairest of us all?”).  She has an aristocratic bearing and is clearly used to being in command – a natural leader.  I suspect she has a sense of humour, as she claimed to be 200 years old – having been “brought into the world by the Grimm brothers” (presumably famous obstetricians) – a ridiculous idea as she does not look a day over thirty.  All in all I found her to be charming, beguiling company – the only thing slightly disconcerting was her laugh, but one shouldn’t hold that against her.

Observations:  She was able to give me some good examples of when she had been decisive and encouraged others to follow her commands – she muttered about a huntsman, but he did bring her a heart as she had requested.  I asked her to provide me with some times when she had convinced others to use products that she was responsible for offering.  She told me of instances where she had given pretty ribbons to a pretty girl, provided combs for luxurious locks (clearly fashion products suit her given her own appearance) and finally fresh produce in the form of apples.  She remained undaunted and in control throughout our discussion.  I found her to be almost magically alluring.  It would be hard to not offer her a job... 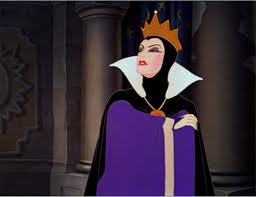 I hope you are enjoying this festive period.  I’m off to see the production of Charles Dickens’s “A Christmas Carol” in Middle Temple Hall this afternoon (http://www.timeout.com/london/theatre/event/274678/a-christmas-carol )...so, in the immortal words of Scrooge may each of you be

“As happy as an angel, as merry as a school-boy. ...as giddy as a drunken man. A merry Christmas to every-body! A happy New Year to all the world! Hallo here! Whoop! Hallo!" 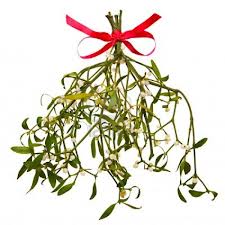