Why do we do what we do?  Maslow had much to say on the subject, based on a hierarchy of needs: 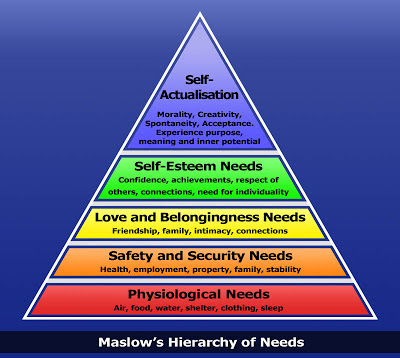 However, Maslow’s view is very self-centric and, throughout history, there are examples of individuals doing things with no obvious benefit to themselves.  Of course, it can be argued that some people have showed charity to others out of a desire for respect, or in the hope of gaining God’s (or the gods’ ) blessings and securing a pleasurable existence after death.  Indeed it is prescribed in many religions that salvation cannot be obtained without a devotee undertaking charitable acts:  in Islam, “Zakat” (i.e. charity) is one of the five pillars upon which the Muslim religion is based; from early times Judaic and Christian societies have been founded on the concept of tithes and alms giving; and the Hebrew term “Tzedakah” (which translates as “righteousness”) is frequently used to denote charity and the obligation on an individual to do what is right and just.  The history of and drivers for Philanthropy are long and complicated.  That aside, the following quote makes me smile:

“Anyone... can give away money or spend it; but to do all this to the right person, to the right extent, at the right time, for the right reason in the right way, is no longer something easy that anyone can do.  It is for this reason that good conduct in such matters is praiseworthy and noble.”

So, not much has changed since Aristotle made this statement in circa 300 BC.
In our consumer driven, capitalist society, I find it interesting to note that increasingly modern businesses are using charity as a means of encouraging employee engagement and enabling learning and development, whilst simultaneously undertaking good deeds that benefit and enhance connections with the wider community or achieve specific objectives.  Many organisations now encourage employees, not only to make financial donations, but also to give of their time, authorising at least a day per annum to activities that “benefit the wider community”.  With their employer’s encouragement individuals undertake charitable actions, such as digging and planting community gardens, raising funds through events, or cleaning/painting schools and hospices.   In certain countries globally this has become a national tradition – I love hearing what my South African colleagues undertake and achieve during Mandela Day http://www.mandeladay.com/. However, although actively involved in a number of regular charitable activities, I still wonder what it is that drives people to behave in the ways that they do... 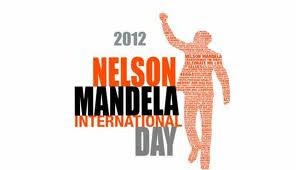 It is 20 years since Sir Adrian Cadbury, the former Olympic rower and Chairman of Cadbury and Cadbury Schweppes, headed up a committee that looked into and published a report on business ethics and corporate governance within the UK.  The Cadbury Report, actually titled “Financial Aspects of Corporate Governance”, made recommendations on the arrangement of company boards and accounting systems to mitigate corporate risks and failures (many of the concepts proposed have inspired and been adopted by the European Union, The United States and the World Bank, as well as UK businesses).  However appearing to follow recommended best practice does not guarantee ethical conduct.  It is all too easy for senior management to lapse into a tick-box mentality where, because they see that a box has been marked as “task having been done”, leaders presume that a required action and/or approach has been undertaken effectively and to the requisite standard. 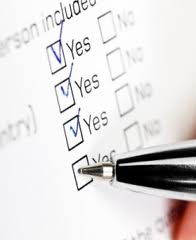 Much has been said about the need for effective boards, with the right mix and make-up, to ensure appropriate corporate governance.  On the surface, the following, ”experienced, successful business men and women” and “experts in areas of finance and accounting”, look like the members of a potentially great board for a major organisation involved in complex, worldwide financial matters: the former dean of a globally renowned university (a respected finance professor), the former CEO of an insurance company, the ex-CEO of an international bank, a hedge fund manager, a prominent Asian financier and an economist who was head of the U.S. government’s Commodity Futures Trading Commission; all of whom met regularly, had substantial personal equity stakes in the business they oversaw (that should have encouraged them to act in the organisation’s longer term and sustainable advantage), were of diverse ages and experience.  They are in fact the profiles of a selection of the fifteen individuals who sat on the Enron Board.  It’s what people do, rather than simply who they are, that matters. 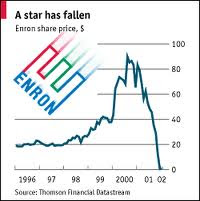 Returning to Sir Andrew’s alma mater, Cadbury (now part of the global giant Kraft Foods but still retaining some autonomy) offers an exemplary leadership development programme to its leaders of the future that not only builds up skills, but also is specifically linked to community and charitable works – very fitting and culturally apt given Cadbury’s history.  The Cadbury approach is well demonstrated by Bournville, the leafy and beautifully planned village that was established as a considerate (and carefully considered) living environment for workers, by the company’s Quaker founders, George & Richard Cadbury (http://en.wikipedia.org/wiki/Bournville ).  Admittedly, Bournville is now run by a charitable trust, as opposed to by Cadbury itself; however it does show the caring face of capitalism which is being perpetuated by Cadbury’s leadership development programme.  By embracing CSR related training, the Company is remaining true to its roots and culture.  With the on-going governance scandals at institutions such as the BBC, in many of the world’s leading financial institutions and even within the UK Public sector, it is good to remember that there are some good examples of businesses trying to operate and conduct themselves with an eye to the common good - a stark contrast to the inappropriate practices and ethics of many organisations dominating the front pages of our Media.  It bodes well for Cadbury’s leadership going forward.  Sir Adrian should be proud.

I am in Jersey this week (to catch up with people in the businesses and attend various board meetings and committees).  On Tuesday I finished slightly earlier than anticipated and was able to wander into St. Helier to grab a bite to eat, instead of having a late night sandwich in my hotel.  I found a very pleasant restaurant called Seven Angels (http://www.sevenangels.je/ ), so called because of the seven members of staff who work there.  Whilst enjoying some delicious local fish, I contemplated the importance of the number seven.   Many of us can name the Seven Deadly Sins (indeed popular films have been based on them) but in Medieval and Renaissance times people could as easily name the Seven Acts of Charity (also known as the Seven Works of Mercy), for the main part they come from Matthew 25:31-44 and are:


The below painting depicts all seven (can you spot them?):

Without undertaking charitable acts a baptized Christian soul could not enter the Kingdom of Heaven.  Hospitals were founded, lepers tended (they were often viewed as suffering purgatory on earth and hence were considered as being closer already to god) and almshouses were built – many of which are still in use today.  If you knock on the door of the porter’s lodge at St Cross Hospital in Winchester in Hampshire, UK (described by Simon Jenkins in England’s Thousand Best Churches as “England’s oldest and most perfect almshouse”) you can still claim wayfarer’s dole – a horn of beer and a morsel of bread.  It may seem an antiquated custom but it is one of the ways in which St Cross remains true to its Charter of Foundation.  However, St Cross, like many philanthropic establishments, has had to move with the times.  Bequests in fifteenth century wills and charitable trusts that were established centuries ago, for example to provide “buckets of coal for respectable widows” , have had to adapt (coal is not necessarily useful in these days of central heating and concerns over carbon footprints – the widows are more likely to appreciate and receive vouchers off their gas bills!). 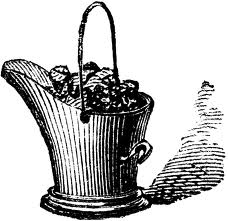 Like modern leaders, today’s charities must keep abreast of the times.  Without being aware of what is going on, neither can take appropriate action and make a difference.  One of the most interesting charities in this respect is the City Bridge Trust (http://www.citybridgetrust.org.uk/CBT/).  In 1097 William Rufus, the second son of William the Conqueror, raised a special tax to get funds to repair the old wooden bridge that crossed the Thames at London.   This, the original London Bridge, was replaced with a stone one in 1176, by Peter de Colechurch.  He was a priest and head of the Fraternity of the Brethren of London Bridge.  This was the first stone bridge over the Thames.  London Bridge was popular and at one stage it was 900 ft wide with 140 houses and shops upon it.  Not surprisingly, it required constant maintenance that was paid through tolls, rents, fines for throwing stuff off the bridge, a fee for white-water enthusiast or foolhardy merchants who ran the rapids under the bridge arches and even a fee for being able to display a severed head on a spike (as happened with Thomas More’s after he was decapitated).
The Bridge was at the heart of London’s growing success.  However, Henry III gifted the Bridge, in 1269, to his wife Eleanor as her bridal gift.  I’m sure you are familiar with the nursery song telling “My Fair Lady” how to build the bridge up again once it was falling down – this rhyme was inspired by Eleanor who, instead of investing the revenue from the bridge into its maintenance, spent the money on herself.  Increasingly, the bridge fell into disrepair but, appreciating its value to the community (and also the fact that bridge building was encouraged by The Church and seen as an act of piety), the good people of London took action and restored London Bridge and a monastic order was made responsible for the maintenance and the money.  The revenue raised was solely to be spent “to the glory of God and maintenance of the bridge” via the Bridge House Estate.  Over the years, as London’s prosperity grew, so did that of the Bridge – the Estate built another bridge with the profits – Blackfriars - purchased Southwark Bridge and, just over a century ago, built Tower Bridge.

﻿
﻿Realising that it had surplus funds (even when a significant amount was kept in reserve to repair/replace any of the bridges), the Bridge House Estate sought a change in its charitable status late last century.  It now spends the interest (circa £15 million) from its existing funds on charities to address poverty and degradation in London.  It is working to resolve current significant social issues (such as helping the ¼ of young Londoners who are no longer in education and are becoming a “lost generation” without employment; addressing London pensioner poverty - it is at 29% in the City, as opposed to 19% outside inner London; working to help the 82% of London prisoners whose writing is below that expected of an 11 year old; addressing causes and supporting victims of some of the71,000 domestic violence issues that occur in London every year; and helping the desperate - do you know that there have now been more suicides amongst the veterans than there were actual deaths in the Falkland’s War?).  It’s good to know that there are people out there trying to make the world a better place, especially when the economic environment is resulting in significant cuts in public funding – local authority funding is down £382 million in the UK in 2012/2013 and this will be at £822 million by 2016. 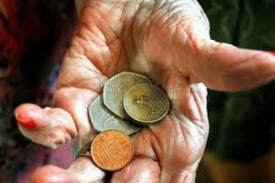 Perhaps people do what they do because they can imagine what the world would be like if they did not.  Maybe Maslow’s hierarchy is correct and we all are self-centric, even when working for the benefit of the wider community.  Regardless of what drives us, I find it hugely encouraging to know that there are organisations, like Cadbury and the City Bridge Trust, that are doing their bit to build bridges between people and  improve life for so many.  We too, as leaders, need to demonstrate the approaches and attitude that we expect to see in others – maybe then we will have fewer scandals to peruse in the press. 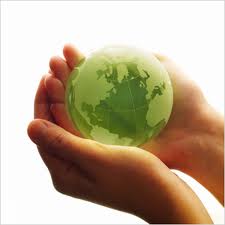