The Merits of Medlars

When we married, my uncle Guy gave us a Jacob Sheep fleece, from his own flock, as a wedding gift.  It many ways it was indicative of the man – understated, practical, unusual (but grounded in tradition), personal, well-presented and an object that came into existence through an individual's dedication, consideration and hard work.   Uncle Guy, who died earlier this month, was an extraordinary man.  A former Captain in the Royal Navy, who was awarded an OBE, he was a talented engineer (a trait inherited by his son Roger), gifted with words (a leagcy to his other son James) and surprisingly creative - basket weaving, tapestry, gardening and cookery.  I should not be surprised at his eye for detail and ability to persevere until a desired outcome was achieved given his hobbies and interests.  On leaving the Navy he worked in engineering - he was excellent at spotting and encouraging talent, enabling people who worked with him to exceed their own expectations.  Outside work he became increasingly interested in rural matters.  He kept sheep dogs (useful, given that he had his small flock of Jacobs), was a true pillar of his local village community as well as the British Legion and he also did much for our family – researching family roots, providing sound advice and leading by example. 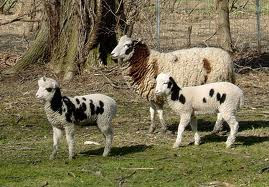 Uncle Guy in many ways typifies the people whom we all take for granted – both within work and in the wider community.  If he said he would do something, you knew that he would not let you down.  He was always discreet and dignified – it was not in his nature to be over demonstrative - and often he needed to be asked for his thoughts on a matter if you wanted his valuable in-put.  All too frequently in the work environment we focus on the ones who make the most noise and who demand our attention.  Guy’s death reminds me that we must take time to appreciate those who conscientiously do what is expected of them (and often do more behind the scenes that is not specifically raised).  When you think of the talented people in your organisation, or the ones who stand out from amongst your friends, are they the quiet, efficient ones that you can rely on?  Are they those who avoid self-publicity?  Who are the first names that spring to mind? 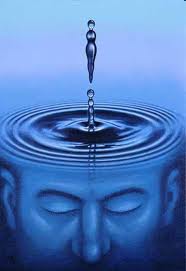 Often organisations lean towards promoting individuals with outgoing personality traits for top corporate roles.  However, businesses risk missing out on exceptional knowledge and skills when they overlook employees with more understated styles.  There is huge value to having leaders who can listen to others, consider their ideas and, using this knowledge, improve team performance.  Traditionally extroverts have been more successful at climbing the corporate career ladder – they get themselves noticed and are usually good at directing others and taking control.  According to research undertaken by the University of Minnesota and Baruch College in 2009, 60% of top level executives showed high levels of extroversion.  However, there has been some interesting work undertaken by Francesca Gino, an associate professor of business administration at the Harvard Business School, into the value of introverts in the work place.  She also provides some sound advice to both introverts and extroverts on how to ensure that the best creative ideas and solutions are adopted:  http://blogs.hbr.org/hbsfaculty/2012/04/how-introverts-can-become-bett.html .  It's worth reading. 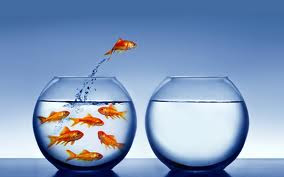 Those of you who know me will appreciate that I am an extrovert.  However, I am fortunate to have some exceptional introverts close to me, both in and outside work, and I know how much value they bring in so many ways.  I am aware that I do not have all the answers, so I have taught myself to seek out the input and comments of others, before making a proposal or decision.  At work we are undertaking our year-end appraisals.  It is time consuming, but, prior to drafting my own reviews on my direct reports’ performances, I am speaking with at least five people for each member of my team, drawn from various levels in the organisation, to glean their observations.  I have learned so much more about them as people (both my HR colleagues and those in other roles in the Group who have shared their thoughts).  By hearing from those whom HR has worked with, I have not only obtained a more rounded view of my team, but also ideas as to how we as a business unit can provide a better experience for our clients. 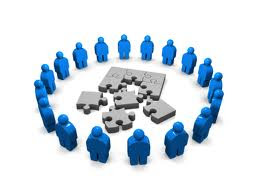 Often the least anticipated sources offer the most perceptive insights. The quiet team member may have the most extraordinary ideas with the power to transform your business for the better. It also is worth persevering, continuously seeking out and listening to the views of others, to ensure that you have an accurate understanding of what can and should be done.  People are like fruit, each has its own distinct look and flavour.  Some are easily overlooked due to an unprepossessing exterior or the vibrancy of others around them, but they may turn out to be the best of all. 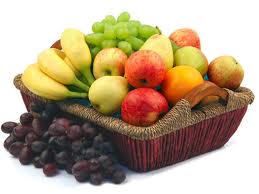 This brings me back to Uncle Guy.  As mentioned earlier, he was excellent at spotting people’s strengths and helping them to achieve their potential, regardless of their backgrounds or apparent handicaps.  He continued this approach in many other areas, most notably his dedication to producing exceptional jams and conserves.  I will end with a piece that was published in 2009 by the Western Morning News on the preserving art of making medlar jelly.  In many ways it says more about Guy than any obituary ever will as it demonstrates his tenacity and drive to achieve the best possible even in the most demanding circumstances:

“The old Royal Navy captain is labouring with the weight of his wickerwork trug in the November storm. The wind is so strong you'd think an 82-year-old maritime man would be battening down the hatches - but Guy Crowden is after a mysterious, magical prize which can only be gleaned in a gale.

Medlars are mysterious because they look and feel totally inedible, and yet they are delicious. They're magical because the dull brown flesh creates one of the most beautiful pink-red products you'll ever see in a jar.

Medlar jelly is the retired navy captain's Holy Grail - he's already made goodness knows how many pounds of it already this autumn, but now the high winds are bringing down the remaining medlars he's been unable to reach.

Soon the glimmering, clear, roseate jelly will be adorning some savoury cut of game or other red meat, like a ruby jewel perched on the edge of a crown.
The Crowden jellies are works of culinary art - a statement which can be authenticated by describing the 82-year-old's kitchen door. Its wooden planks are covered in certificates boasting prizes from his local village produce show that stretch back years.“

If you want long-lasting success you must make best use of your Medlars! 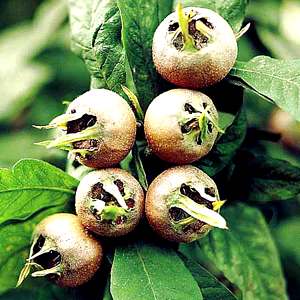