Getting to the Core

Even their names are evocative: Sops-In-Wine, Poor Man’s Profit, Greasy Pippin, Golden Knob – you can almost envisage the apples as I run a roll call of a few traditional varieties.  Apples, more than any other fruit, have played a crucial role in myths and stories over the years.  Not just a source of sustenance, they are usually symbolic - often being used to represent knowledge and worth

Apples have the power to change the world. Sadly, The UK Government is using its power in a way that may change the world of apples.  The proposed minimum price of 40p per unit on alcohol, if introduced, is likely to have a significant impact on an important part of Britain’s heritage, namely the traditional cider industry.  Did you know that, prior to World War Two, every county in England and many regions in Scotland, Ireland and Wales produced cider?  Indeed, Ulster has eighty named apple varieties of its own and can also boast the earliest apple in Europe (found in the late 1990’s in a peat bog in Armagh and carbon dated to circa 1000 BC). 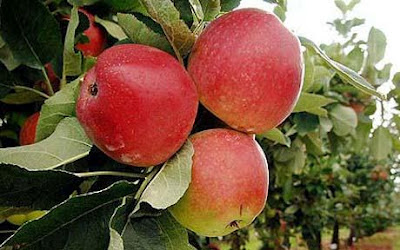 I appreciate that the government’s intention is to reduce the problem of “binge drinking” and the resultant costs incurred by the State and populace; the duty should also bring a much needed stream of revenue at a time when income from other sources is diminishing.  As a senior HR professional, I spend much of my time managing budgets and being concerned about people’s health and well being.  From what I have observed and read, I cannot condone the “binge drinking culture” we are shown in the Media – mainly young people, so drunk that they are incontinent and abusive, who have deliberately imbibed strong, cheap alcohol at speed to become heavily intoxicated.  There is considerable evidence that excessive alcohol consumption in some areas and sectors of society is resulting in a significant drain on the UK’s coffers and support services.  According to a UK Government report:

Perhaps I am simply a social idealist, like many, I would like to see the harmful outcomes of alcohol reduced. But, I also wonder whether the spotlight on binge-drinking is largely due to the Media hyping up the subject.  Drinking, especially by young and rowdy adults, has caused concern since Roman times.  Edward the Confessor’s brother, Hardicanute died in 1042 after a drinking party and Edward himself had to contend with drunken brawls in his kingdom.  Prior to modern sanitation, it was often safer to drink beer or cider than water.  The modern medical definition of “binge drinking” is drinking more than twice the recommended daily allowance of alcohol in a single episode (i.e. circa four pints of beer for a man, three for a woman). I have been an occasional binge drinker when a student and sportswoman, as well as at weddings and parties with friends.  I am not a prohibitionist.  I believe in educating and ensuring awareness; only then can you expect people to behave in a responsible manner. I have a sense of historical déjà vu in relation to the Home Office’s plans: I keep thinking of London at the time of Hogarth and his famous satirical sketch of Beer Street and Gin Lane. 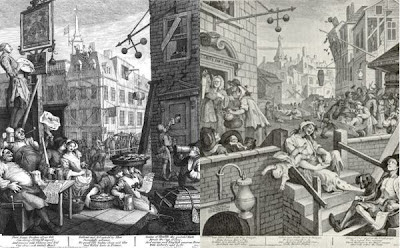 Drunkenness was seen as a major social problem in the 1730’s and the government made several attempts to control its sale, including the Gin Act of 1736, which required retailers to buy a £50 licence (a huge sum in those days) and also increased duty fivefold.  This measure was extremely unpopular and people found ways to get round it, for example selling gin under other names, such as ‘Cuckold’s Comfort’, ‘Strip-Me-Naked’ and ‘Ladies Delight’.  The eighteenth century government’s intervention was unpopular and ineffectual - it was forced to repeal the Act in 1743.  The current proposed approach in 2012, of increasing the level of duty and simultaneously controlling retailers, feels disturbingly similar to that introduced in Hogarth’s time.  I am not convinced that simply increasing the price and restricting sales will solve the current problem.

The Home Office website states that the Government will:

“no longer tolerate those who behave drunkenly and unacceptably in public or those who sell alcohol irresponsibly.”

Making booze more expensive may discourage some people from binge drinking (it may also drive others to make their own – I remember watching and helping friends brewing rice wine in a bath at university to fuel a college party; it is surprisingly easy to do, even if the results aren’t always very palatable). 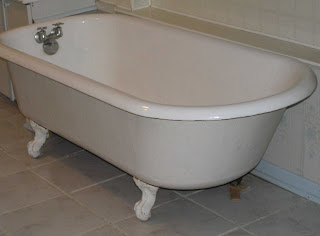 The Government’s approach seems unfocused and insensitive.  Rather like applying a plaster to wounds without removing the knife from the baby, the Government is seeking to reduce the acquisition of large quantities of cheap alcohol, rather than analysing why excessive and anti-social behaviours occur and introducing measures that will help members of society cease relying on booze to fleetingly make their lives feel better.

I may be old fashioned but, in keeping with the subject of this blog, I believe that “an apple a day keeps the doctor away”, in that prevention is better than cure.  In my role in HR I habitually look for the root of a problem and aim to solve it instead of simply focusing on the symptoms.  I want to effect lasting solutions.  For example repetitive absenteeism in a particular area is often due to the environment rather than the individual – it can be indicative of a poor manager or bullying and harassment in the work place.  Stopping the inappropriate conduct and/or changing people’s attitudes and approaches, which lie at the root of the problem, usually resolves the issue for the benefit of all. 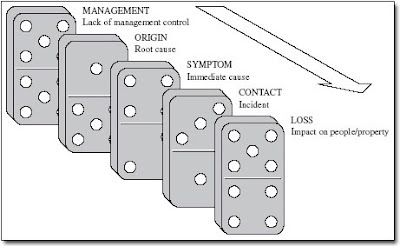 In a former job I was responsible for a number of customer contact centres, two of which fulfilled similar functions – one in Scotland and the other in a seaside town on the south coast of England.  There was a significant “sickness” problem in the English location and the HR team and management tried everything they could think of to address the matter – back to work interviews, managerial training, retaining the services of a nurse to provide confidential counselling and advice.  The problem persisted.  It was only when we looked at a correlation between weather and sickness patterns that the light dawned.  People called in “sick” when the sun shined!  By informing employees that we were aware of the trend, providing managers with weather forecasts and hence prior warning of the risk and raising awareness of the repercussions we finally managed to crack the problem. 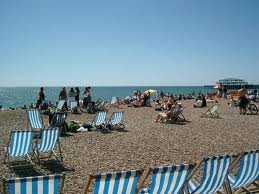 A heavy handed and blanket approach can cause more trouble than the difficulty it is designed to address.  The proposed one-size-fits-all duty on alcohol may have some unexpected outcomes, primarily because it does not look at the bigger picture.  It may reduce the acquisition of alcohol by some “binge drinkers” but it is likely to impact the broader community as well.  Many of my family live in the West Country (an informal term for the South Western area of England).  It is a beautiful part of the world with gentle hills, winding streams and fens, stunning coastline, fields and orchards.  Some of the best cider and apple juice in the world are made in the region.  They are quite different from the mass produced fizzy cans of drink that can be bought in urban off licences.  Many of the consumer brand ciders are made from concentrate and taste bland and sugary.  Like fine cheeses or wines, the quality of the ingredients and care in the production in cider show – each apple has it own distinct flavour.  For cider production it is important that the fruit has a high sugar content to aid fermentation and taste comes from the apples, usually from a blend of various cultivars, although there are some excellent single varieties (such as Kingston Black) that can hold their own.  In 1903 The Ashton Research Station categorised cider apples into four main types: 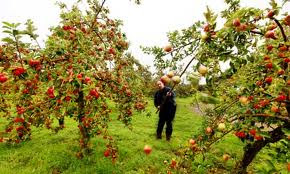 There is little doubt that doubling the price of traditionally produced cider risks destroying much of the artisanal industry.  A two litre bottle of cider (4.2 per cent alcohol) currently costing £1.89 would rise to £3.36.  That is a huge mark-up and sufficient to discourage consumers.  The traditional cider market is small and local – production is insufficient to satisfy the requirements of the big supermarkets and most rural cider makers don’t have the contacts or time to get their produce into specialist off-licences and retailers.  They rely on local trade.  If the cider is too expensive for the local consumers, many on agricultural wages, they will cease buying.  Without a demand for the product, cider making will diminish and in some areas die out.  Landowners will have no need for redundant cider orchards and the land will be turned to a different purpose.  Once the trees have gone they cannot be replaced, at least not with our rare British varieties – apples types need to grafted, not grown from pips, so a seed bank can’t ensure cider apple tree strains for the future.  The current issue is more than just drink and a quick-fix proposal to reduce undesirable behaviour – the loss of cider and the orchards will permanently impact the British landscape and our legacy to future generations. 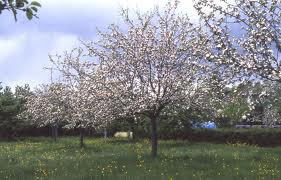 We need to preserve our culture.

On the subject of culture, my cousin, James Crowden, the renowned West Country based poet and writer ( http://www.james-crowden.co.uk/index.php?option=com_virtuemart&Itemid=27 ) is passionate about the future of the cider orchards and Britain's culinary tradition (tastes and knowledge he gained from his father, the remarkable Guy Crowden who was featured in  the press for his exceptional country jams and conserves).  James worked for many years at a wonderful cider mill and distillery called Burrow Hill– the work and the drink inspired his words.  I will end with James' poem:–

The cider apple is a noble beast,
Not least its rounded shape and form.
Red on white and dressed in green,
Daughter of the crab, pert and sharp.

A bitter little number brought to heel,
And  mounded up in countless yards,
Squeezed tightly, acres’ promise pressed,
Between hefty thighs of oak and elm.

Communion with the Apple God
And passed from hand to hand,
The clear drop that quenches working thirst.
Rebellious, yet subtle and triumphant,

Vivacious and sparkling,
Filled to the brim and sprightly,
A slender glass of liquid gold
That shimmers in the evening light.