A Word in Edgeways

Perhaps it is a reflection on the current economic climate (or maybe it is simply my interpretation of events), but there do seem to be a large number of light farces playing on the London stage at present – I suppose they provide a way for audiences to escape the gritty reality of modern life.  I must confess that I am taking the family to see “The Best Exotic Marigold Hotel” later today (it’s a gentle British film – a comedy starring amongst others Bill Nighy, Maggie Smith, Judi Dench and Dev Patel), with the intention of giving us all a lift.  I also note that the film tipped to win the top award at tonight’s Oscars’ ceremony is the gloriously humorous “The Artist”.  Across the globe we welcome the opportunity to smile. 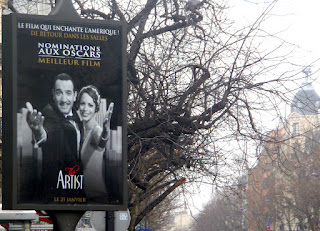 I do like the fact that a virtually silent film can say so much to so many.  Getting a message across is often one of the main challenges in life.


I wonder if everyone reading this is was comfortable with my usage of the phrase “giving a lift” – I intended to convey my desire to raise my family’s spirits, but the expression can also mean to physically elevate or even to drive or convey someone along a road or route.   Given the theme behind this week’s blog, I suppose that is appropriate…  I have spent much of the past week pondering how appalling people often are at communicating with each other, especially when they want to inspire others to achieve something.  Admittedly this can frequently be as a result of cultural and linguistic differences.  In the UK or America if I wanted to hitch a lift I might stand at the side of the road and hold out my thumb, however, to do so in other countries would be viewed as highly offensive.  The below depicts a number of hand signals that have radically different meaning across the globe:


Those of us in corporate life know that, in an ideal world, there should be a clear line of sight and understanding between a business’ objectives and each individual’s role, to enable the desired success.  To know what’s expected of you in any environment, you have to be told (and understand) what your responsibilities are - this is often where there is a fundamental breakdown of communication at work, which can result in bad feeling, resentment, disputes and lot of wasted time sorting the problem out. 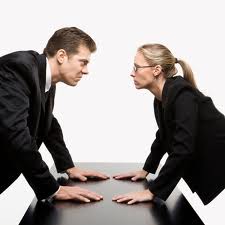 I see job descriptions as a crucial part of business – they are a communication tool that can make a significant impact on an organisation’s performance and the internal culture and morale.  Poorly written or out-dated job descriptions often add to workplace confusion and can make people feel as if they don’t know what is expected of them and hence result in disengaged employees.  Although in the UK there is no legal requirement for employers to provide employees with a formal job description, it is good practice.  However, a “written statement of particulars” is required to be provided to employees, within eight weeks of starting work - this has to contain the employee’s job title and/or a brief description of their role.
When defining an individual’s role and responsibilities it is important to use mutually understood terms.  Language is a tricky medium, like hand gestures, words and phrases often have mixed meanings that are dependent on their location.  I once described myself as "nutty" to a North American audience - I spent the rest of the conference being accosted by over-amorous males who thought I had described myself as "naughty".  There are some great examples in advertising where a simple word has caused issues.  When Coke wanted to expand into China it tried a phonetic translation of its brand name, Ke-kou-ke-la to recreate the words Coca Cola.  It was not until thousands of signs had been printed that they discovered that the phrase means “bite the wax tadpole” or “female horse stuffed with wax”, depending on the dialect.  They tried again and, after considering 40,000 Chinese characters, Coke settled on “ko-kou-ko-le” which translates roughly to “happiness in the mouth”.  Things weren't any better for Ford when they introduced their new car, the Pinto, into Brazil. After very poor sales results, despite the fine credentials of the vehicle, the company learned that "Pinto" is Brazilian slang for "tiny male genitals." Ford pried the nameplates off all of the cars and substituted them with "Corcel," which means horse.  In the same vein, one of my current favourite advertising misadventures is this American poster for savoury quiches.  To fully appreciate it, you need to know that “bite” is a French slang word for “penis” and "petite" is small; you can almost imagine the conversation: 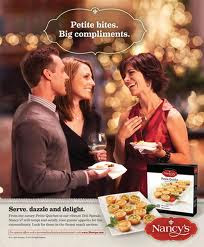 How many times have you found yourself talking at cross purposes?  Or at times felt that your voice is not heard?  Good leaders and managers listen to their people and respond in a timely fashion.
I called this post “A Word in Edgeways” as the original meaning of the phrase is drawn from an allusion of edging through a crowd, seeking small gaps in which to proceed through the throng.  It was originally used  in the 17th century in a nautical context to describe the slow advance by means of small tacking actions, to enable movement in a desired direction, as here in Captain John Smith’s “The Generell Historie of Virginia, New England and the Summer Isles”, 1624:
After many tempests and foule weather, about the foureteenth of March we were in thirteene degrees and an halfe of Northerly latitude, where we descried a ship at hull; it being but a faire gale of wind, we edged towards her to see what she was.
The first example of the actual phrase ‘a word in edgeways’ in print is in the one-act play “Twelve Precisely! Or, A Night at Dover” from 1821.  The lead characters, Amelia Wildlove and Sir Ferdinand Frisky, give a sense of the nature of the play:
Sir F. (Aside.) Curse me, if I can get a word in edgeways!
So we have turned full circle from one farce to another.  I hope that some of the above ponderings have helped raise a smile and I would like to thank you for enabling me to get my own words in edgeways!
Posted by KateGL at 10:02