This week is Mental Health Awareness Week, but I, and many others, live with mental health issues much of the time.  I could talk to you about depression and the importance and value of being there for friends with a range of mental health problems, however, the matter I would like to share here is the struggle of coping with dementia in a loved one. Although not a mental illness per se, dementia is a "mental disorder" that is defined by a reduction in cognitive capability, with the cause originating in the brain.

"Dementia is an 'umbrella' term used to describe a collection of symptoms associated with physical changes in the brain which result in the gradual loss of mental functions such as memory and the ability to use words or to carry out previously familiar tasks.
Dementia encompasses a number of conditions, the three most common being:

·      Alzheimer's disease, which accounts for approximately 60 per cent of cases 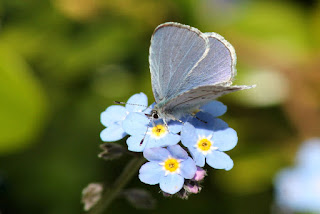 Almost a year ago my mother was rushed into hospital with sepsis and two pulmonary embolisms – one on each lung. A mix up between her doctor, the local pharmacy and herself resulted in her being taken off blood thinning drugs nearly 18 months ago, but not having the alternative medication prescribed to her provided by the chemist and as a result she developed blood clots that moved into her lungs. A brain, like any other living thing, when starved of oxygen, begins to die. The clots and sepsis, by preventing oxygen circulating, have exacerbated my mother’s early-onset dementia. She will suffer from cognitive impairment and poor mental health until she dies.

There are various signs that can, and in my mother’s case do, indicate dementia: 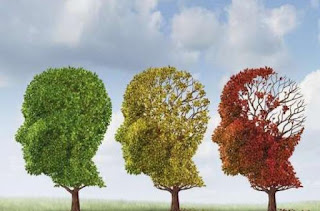 In many ways it is harder for those who knew her earlier in her life to cope with the change – my aunt, my mother’s younger sister, finds the current situation deeply distressing. Most of the time my mother is unaware of the alteration that has happened in just a year. For me, at times, the situation is heart breaking. I hate the fact that my sons will never know the fiercely intelligent, fascinating, attractive woman that she was (and to me still is).

If you are interested in understanding dementia, or even if you are not, I urge you to watch Barbara’s Story – a film developed by nurses at Guy’s and St. Thomas’ Hospitals in London. It is a powerful film about Barbara and her experiences during a hospital visit. It was designed to raise awareness of what it is like to suffer from dementia and to enhance the way we interact with a person who suffers from the condition. It is used for training of medical staff and others and has been shown to numerous people around the world. Be warned, you may find it very emotional to watch. There are six films in total compiled here into one viewing.

It is only by talking about mental health that we can end the stigma. Mental health is a struggle but it is not a disgrace (and it is a struggle not just for those suffering, but also for those people who love and care for the people who are afflicted). Intolerance, indifference and cruelty are disgraceful. I am here because I want to try to help, to understand and to offer what support I can. If you want to talk I will listen.

If you want further information or someone else to speak with try these: 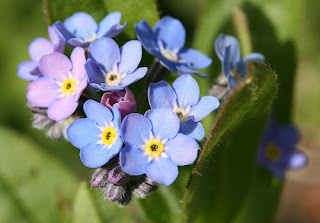