It is amazing how time consuming being injured and having to hobble around on crutches is - even the simplest everyday action, like putting on a sock, has reduced me to contortions reminiscent of one of Picasso’s 1930's paintings of an acrobat. 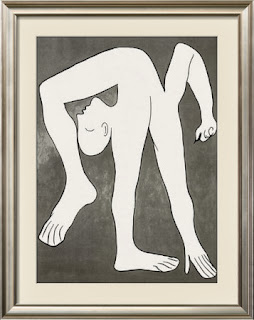 Not being mobile has made me more organised - if I know I need to go up or downstairs, I plan and put everything I might require in a bag I keep with me; I have neither the time nor the capability to run up and down to fetch things.  Despite the frustrations, I am learning from this experience.  Being forced to slow down is encouraging me to appreciate the moment, as opposed to rushing on to get the next task done, and that is a good thing.  Often, it is only when you take time to really look at and ponder something that you start to appreciate what has happened.  You need perspective and careful consideration to begin to appreciate how an action or occurrence sits within the bigger picture and to enable you to comprehend what might occur going forwards.  This amazing video, of various occurrences recorded in slow motion, shows how much we miss that happens in the world around us:

Admittedly, part of the reason we don’t appreciate the amount of mess an exploding bottle can make is because we cannot see things in slow motion. (I once had a kitchen ceiling spattered with a constellation of home-made-ginger-beer bubbles, due to lack of foresight as to what would occur if fermentation was accelerated after leaving stoppered bottles close to a warm oven.  I can vouch that the range of fluid dispersed by an exploding bottle is significantly wider than most people would anticipate.) 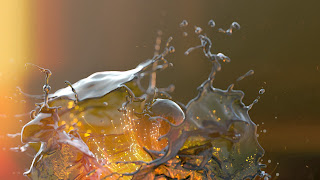 Many small animals, insects and birds are able to see and process more information per second than larger creatures - this helps them to avoid threats; for them, time is perceived as if passing in slow motion and hence they can prepare, react and respond faster than a human could manage without significant artificial assistance.   http://www.bbc.co.uk/news/science-environment-24078179  It is this ability to observe, and so take action, faster than other creatures, that scientists attribute to starlings, it explains their amazing, swirling flights; swooping as a flock (accurately called a murmuration) before roosting or evading a hawk.  Despite the speed at which they are moving, the birds fly in close proximity to each other but suffer no collisions. http://www.youtube.com/watch?v=eakKfY5aHmY

This behaviour is an effective foil to predators, which are unable to home in on a singe victim within the synchronised group. 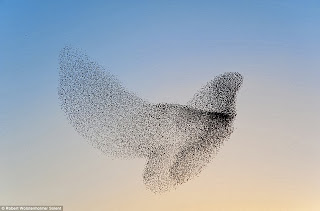 We in business would do well to pay more attention to potential threats and to determine how we need to respond, either individually or en masse, to ensure protection for the things we care about and value -  be those people, clients, contacts, the work environment or systems.  Part of safeguarding is careful forward thinking, anticipating, reacting to change as required, taking advantage of opportunities or mitigating risks.  At my work, we have been reviewing our disaster recovery, business continuity and restoration plans - situations, regulations, economic and environmental issues and various potential issues and threats emerge and evolve so fast, that it is vital to keep stratagems up to date.  Scenario planning is a good way of determining the potential range of possible outcomes and hence can help provide a framework of potential responses and actions.  Even mundane predictions are important, as they validate understanding of how things are. 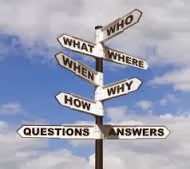 I saw a wonderful theatrical performance last Friday, that relied on the audience’s capacity to predict  Even though some of the outcomes were entirely foreseeable, it was impossible not to laugh.  It was a brilliant modern interpretation of Commedia dell’Arte, a form of popular theatre that commenced in Venice in the sixteen hundreds.  Characters represent easily recognisable members of society: masters, servants, aristocrats, pompous men of learning (whom nobody understands), rogues, swaggering cowards, lovers, gluttons, misers, wise women and fools.  It has given us the roots of European theatre (as well as the earliest productions being the first time that women were seen performing on stage).


Part of the success of the performance relies on the fact that the audience can swiftly comprehend what is going on, through the caricatures and the physical manner in which specific characters are presented - not dissimilar to following a visual story in a comic or Manga.  It is widely agreed that there are seven main emotions that humans display and these can be recognised in faces across all cultures, as well as in the characters of Commedia dell’Arte : 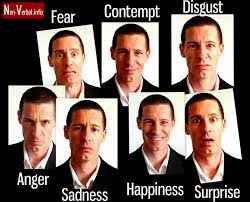 Even better than the show, was the company.  A good friend wanted to introduce me to his wife and a fun evening out seemed a great way to meet her.  We enjoyed a delicious meal in a French brasserie near Oxford Circus, before going on to the theatre to see “One Man, Two Guvnors”.  All three of us have a lot going on in our lives at the moment and it was great to see the others fully immersed in the play, laughing until they almost cried, grinning with abandon and clearly not distracted by anything other than the ridiculous antics on the stage.  (I spent much of the evening equally absorbed, but, as it was my second viewing, part of my enjoyment was being able to share something so joyous with others and to witness their responses.) 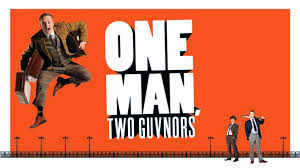 In our demanding world, we need to find ways that enable us to switch off from the hubbub around us, so that we can concentrate on the matter in hand.  People are surprisingly easily distracted (indeed research released earlier this week claims that the average worker in the UK is only productive for 2 hours 53 minutes during the course of the day http://www.hrgrapevine.com/markets/hr/article/2013-11-20-study-reveals-that-office-workers-spend-just-2-hours-and-53-minutes-a-day-productively#.UpG-5mTfZe4).  Many of us have so much on our minds that we resort to autopilot to give us time to think about other things - have you ever travelled home but don’t remember any aspects of the journey that got you there or walked into a room to fetch or do something only to stand wondering what it was you came in to get or achieve?  We all allow ourselves to be distracted and for our thoughts to meander, however our brain is configured in such a way that we can develop behavioural patterns, which we slip into with ease, and which we can undertake without having to consciously think about them.  This is one of the core aspects of being human. 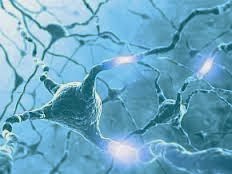 I am a Governor of one of the UK’s leading NHS Foundation Trusts  - Guy’s and St Thomas’ - and had the privilege of attending an inspiring awareness session presented by the Chief Nurse, at the same time as the launch of the NHS’s 6 C’s of Nursing - Care, Compassion, Competence, Communication, Courage and Commitment.  The awareness session was the screening of the latest film in the innovative and award winning series “Barbara’s Story” http://www.guysandstthomas.nhs.uk/news-and-events/2013-news/20130325-guys-and-st-thomas-gain-national-glory-for-barbaras-story.aspx.  These are a collection of short, highly impactful films about an elderly lady, named Barbara, and her experience when she has to spend some time in hospital.  The films are an exceptional way of educating and raising awareness of dementia for staff in hospitals and for those working in the wider community.  A quarter of patient’s in UK hospitals have dementia and the number is growing.

The latest film has a section in which Barbara recovers from an operation and is confused,  having had anaesthetic and undergone a degree of trauma, she suffers from dementia.  Many of the things that the majority of us take for granted, such as recognising loved ones and being able to use a knife and fork, are temporarily lost to her.  It would have been easy for the nurses and care assistants to cut up her food and feed her (certainly it might have been faster than reminding and coaching her into feeding herself), but a major lesson of the film is the need for people to rekindle habits and kick-start formerly engrained behaviours.  When we repeat certain activities (usually for a minimum of 66 times), they become fixed within our brain as neural paths, recording a particular action to be undertaken in given circumstances - familiarity results in certain behaviours becoming unconscious processes. 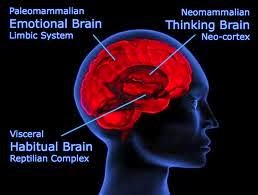 I certainly don’t want to retain my current hobble (I waddle like an afflicted penguin), so I look forward to walking again with ease.  However, I hope I keep my enhanced mindfulness.  Like the starling evading the hawk, I wish to maintain a heightened awareness of surroundings and an appreciation of my place within them.  There are advantages to being observant and able to relish and react; life is so short, but it offers an amazing journey, it would be a shame not to appreciate and enjoy each precious step. 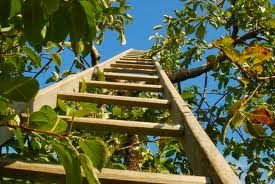