I have had an amazing week, seeing and participating in events that have really made me think.  Outside work, I’ve enjoyed an excellent cream tea and listened to two world leaders discussing Africa at Ashridge; I have seen the Royal Shakespeare Company’s (RSC’s) production of Wolf Hall; attended the Deutsche Women in European Business Event:  Impact: Be the inspiration; and watched the final night of HEART by Zendeh, before going out to dinner with a wonderful couple - the creative set designer and her artisan cheese-maker husband - and their friends. Certain significant themes have entwined and enlightened in each of the above events, including:
Last Monday I was honoured to be amongst the people invited to listen to former South African President, F.W. de Klerk, and Dr. Nkosana Moyo, erstwhile VP and COO of the African Development Bank and founder and Executive Chairman of the Mandela Institute for Development Studies (MINDS). Encouraged by Kai Peters, Chief Executive of Ashridge, both men discussed their thoughts and memories of the past and future of Africa – most specifically South Africa and Zimbabwe. Both men were candid about their perceptions and beliefs surrounding the end of Apartheid – Dr Moyo challenged ex-President de Klerk for belatedly fighting to bring an end to the former regime, only once it was clear that the “White community realised that what they had was not sustainable”, and that it was “smart to pre-empt the inevitable”.

For a while it seemed as though there were going to be fisticuffs, but both men came to an area of common ground based on the importance of values and the significant opportunities for Africa going forwards. President de Klerk stressed that his insistence on a constitution and a constitutional court have been instrumental in ensuring on-going stability in South Africa and that he acted as a true leader, even though much of what he was proposing at the time was unpopular (indeed, in 1992, he lost enough bi-elections that he was under pressure to call an election, but instead called a referendum, in order to validate support for his vision of “totally abandoning separateness and embracing togetherness”, and to maintain the momentum of change). Mr de Klerk acknowledged that the timing of world events proved fortuitous for him when he was trying to introduce change – specifically, the fall of the Berlin Wall, the elections for independence in Namibia and troops coming out of Angola – they all helped make change in South Africa easier to effect.

Both men advocated against political leaders espousing policies simply to ensure popularity – as de Klerk stated - it is a leader’s role to convince people to follow his/her lead, instead of advocating a route and formulating statutes based on the simple tenet that they will appeal to the electorate – “don’t just feed back what the poles say. That’s not leadership.”  Both stated in different ways that they believed that the Western World does not have the leadership it deserves and that if the leaders of a nation allow “everyone to have a voice it is un-leadable”. However, that is not to say that an inclusive approach is undesirable, simply that there has to be direction and at times tough decisions have to be made. 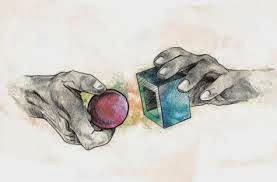 Another point raised is that it is probable that going forward South Africa will be run by coalitions (as the ANC “must split” due to the conflicting viewpoints within the party – an uncomfortable mix of communists and socialists as well as those who support the commercial market). Both men commented on the difference between modernisation and westernisation – the uptake of mobile usage and the impact that connectivity is having, in areas where infrastructure has traditionally been poor, is being felt. Both expressed concern that in post colonial and Apartheid countries, local people still need to learn how to run substantial businesses – just because you like flying does not mean that you are fit to direct an airline. People need to have the appropriate training and knowledge to do their jobs.  Emulating the ways of the past is unlikely to lead to success in the future, but experience is growing. In the modern world there needs to be “confident black management and leadership” – some hard lessons have been learned, such as not “paying in the wrong currency” 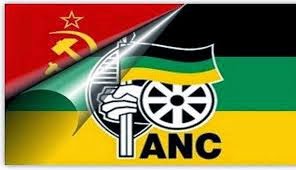 Perhaps one of the most interesting aspects of the discussion was the debate over the type of leadership that is culturally appropriate in a specific country or region. It was mooted that the US and British forms of democracy need to be modified to be effective in Africa; there should be some accommodation of local culture and traditions.  Dr Moyo used the typically consultative approach of the Sub-Saharan region to illustrate why he believes that this is so – in the southernmost countries of Africa, it is traditional for the leader of a tribe to deliberate and discuss options with tribal elders, prior to making a decision on behalf of the community (Nelson Mandela writes about this in his book Long Walk to Freedom). Having grown up in Asia and worked in the Middle East, I concur that there are different approaches towards leadership and local/national governance that are hard-wired into a society. For political empowerment to be effective and leadership to be successful, they need to operate within the norms of the area in which they are established. When the populace of a nation become disillusioned with the politics and politicians of a region then the electorate become disengaged. The poor/falling electoral turnouts in the UK and Europe since 1979, indicate apathy and disconnection. People do not value the power of their vote, as they see it, or the function of the to-be elected representatives for whom they could vote, as irrelevant. 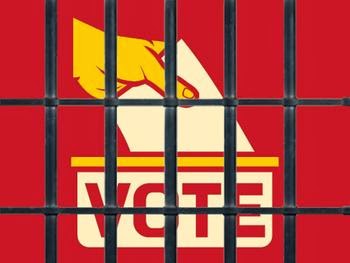 In the week of the 25th anniversary of Tianamen Square, I find it sad that people feel their voice is worthless. All great change has required support (and appropriate adoption) to cement it into society. At the Deutsche “Women in European Business” Event, 2000 attendees at the Barbican in London roared their approval for other women’s achievements. Joanna Lumley’s explanations, as to how she engaged people with the Gurkhas’ cause and is now campaigning for a Garden Bridge across the Thames in London to be designed by Thomas Heatherwick, were inspirational, as were the comments by the panel, in particular Ann Cairms of MasterCard who has successfully moved from the Energy sector to run an increasingly more ethically minded Financial Services business.

The power of women was also exemplified in the excellent RSC production of Wolf Hall – it is the story of Thomas Cromwell, set in the time when Henry VIII wished to divorce his first wife of nearly 20 years, because he was captivated by Anne Boleyn and desperate to produce a male heir. Cromwell – the son of a humble blacksmith and a one-time mercenary, lawyer, astute politician and devoted family man - exemplifies support for a leader as well as demonstrating an awe-inspiring ability to pursue and achieve his own agenda. Wolf Hall, the play is full of intrigue, betrayal, obsession and momentous repercussions – a superb production. Henry VIII was a wilful and erratic monarch – decisions often made with apparent spontaneity, depending on who had influence over him at any time, but the consequences of his leadership are huge and still have an impact on our modern world - the Anglican church, the monarchy and resultant colonial legacy, that was to commence in earnest during the reign of his daughter. I am off to see the second play “Bring Up The Bodies” in what is in effect a double bill – I shall say no more about either here as I am sure more comments will follow.

And finally…my trip to HEART, brought my week full circle – the play is set in the early 1950’s, at the time of the Mordad coup (so called Operation Boot, a plot to overthrow the Iranian Prime Minister orchestrated by the UK and USA) Despite having just privatised coal and rail in the UK, the British and Americans did not support the Iranian government’s plans to nationalise their oil industry and took drastic measures to try to protect their interests. I was particularly captivated in this story, as my paternal grandfather was a “wildcatter” in the region early last century, discovering oil for what ultimately became the Anglo Iranian Oil Company (the very entity that the Iranian government wished to nationalise in 1952). My father was born in Persia/Iran and for me, the play taught me about my roots, I loved the Farsi singing and poetry as well as broader political and philosophical matters. In addition to being a complex reflection on nationhood and control, the play was a triangular love story founded on concepts of devotion, obsession and duty. The difference in attitude between Western and Middle Eastern society was a powerful theme and not dissimilar to the cultural issues raised by Dr Moyo and former President de Klerk at the start of my week. Like the inside of a pomegranate, there is complexity, individuality and distinct sections to be found within each country, business or relationship, even when concealed behind what seems to be a simple and unified exterior. 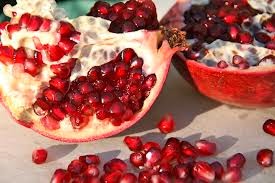 I found it interesting that each event I attended seemed to raise and discuss similar themes. From intimate political discussions, through well-attended conferences to superb dramatic productions, the sessions demonstrated the power and influence of leadership and following. Like lovers, true leaders have conviction and can inspire others to take actions that they would be unlikely to do in isolation. We need to be mindful of cause and effect and be aware of the impact we ourselves can and do have on those around us - we must "be the inspiration".
Posted by KateGL at 00:20