I hope you are enjoying the last weekend before Christmas. Today's blog has been submitted by Peter Cook, whom I first met on Twitter a number of years ago (his handle is @AcademyOfRock) and it has been a pleasure watching his businesses go from strength to strength (albeit with the occasional wobble en route). Peter leads two consultancies: Human Dynamics and The Academy of Rock - a combination of them both enables him to follow his three passions; science, business and music. Peter is creative and enjoys facilitating strategy and enabling change through bespoke consultancy, masterclasses, keynotes, training, coaching, mentoring and music. He has contributed to 11 books and is in the process of writing another, having been commissioned to do one on businesses where ideas, insight and intelligence (both human and AI) can be demonstrated as enabling competitive advantage. He also writes a blog - Human Dynamics. As you can tell from the below blog, Peter says it how he sees it (often with considerable passion). His heart is in the right place... 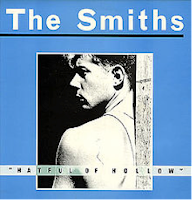 I’d like to write a seasonal post about my personal triumphs of 2016 and there have been a few, but, for me, world affairs loom larger than personal successes and, ultimately, our personal fortunes are connected to the overall health, wealth and happiness of those we share the planet with. So I’ll begin this review in the “Morrissey style of reflection”.

To Brexit or not to Brexit? That is not the question

I was dismayed at the level of post-truth politics that led to our decision to leave the EU by a slim majority and subsequent confusion about what we actually voted for. Lies abounded on all sides, but none so gross as the adaptation of 1930’s Nazi imagery to install and validate xenophobia into our populace. The other whopper was the suggestion that we’d get £350 million a week back for the NHS, a promise that was denied by Nigel Farage the very same morning that the referendum result was announced.  I set my views out about post-truth politics in “Brexit Means Brexit” and “Should I Stay or Should I Go”, so I need not rehearse them further here. Suffice to say that I remain of the view that democracy based on gross lies is not democracy but part of a general decline into a banana republic, which depresses me and makes me and my family consider our eventual departure from the DisUnited Kingdom.

Most people I meet in Europe believe that Brussels needs some reforms, but the idea that we can leave and then have an à la carte relationship with the EU is the epitome of arrogance and stupidity. It also demonstrates the complete lack of understanding about negotiations by the vast majority of my fellow citizens.  It’s as if I were to decide to stop paying the subscriptions to my local golf club.  So I go to see the golf club boss and say:

“I want to leave the golf club … but I still want to attend all the gala dinners … and I’d like a month’s unlimited use of the club for my Commonwealth guests … and I want a free set of golf clubs every year … is that OK?”

I am then surprised when the golf club boss Mr Junkers advises me that I am not welcome at the golf club and that he is quite annoyed with me, since I have been “encouraging others to leave”. Quite unsurprisingly he tells me that he will not comply with my requests and I must leave promptly and quietly, as he must defend the golf club to prevent contagion from other members …

I have been punished for my views on the EU via social media, having been warned by a senior HR person in a global computing company, who felt that expressing any political views would be bad for my business.  I was physically beaten up in the street by an angry young man. I also had to despatch members of my family from my house after my brother-in-law refused to discuss the fact that he voted leave “to stop two million rapists coming to Britain from Germany”. But some things are too important and I will continue to devote time and energy to stopping our “self-harming Brexit Strategy”.

In case anyone would think my views on Brexit are driven by self interest, my own business has actually profited from Brexit in the short term, having been 20% more attractive as an export business and I have delivered projects in Mauritius, California, Italy, Germany and Scandinavia in recent times. But I do think that 30 pence a day to belong to an institution that has helped preserve peace for more than 70 years is a price worth paying. I’d like my children to be able to enjoy the series of social, economic, employment and environmental benefits that Europe has to offer.  I feel largely the same about the emergence of Donald Trump and the alt-right in the USA, but I doubt you would continue to read this rant if I developed the theme.  If you wish to continue you may find my reflections on the visit to The Bob Dylan Exhibition and my meeting with Bianca Jagger insightful in respect of Mr Trump.

But all adversity is usually matched by opposing forces and I was delighted to see the results of the recent elections in Austria and Richmond, where the main drivers of the vote seem to have been more humanistic and collaborative in nature. Perhaps we’ll reach a tipping point in 2017. 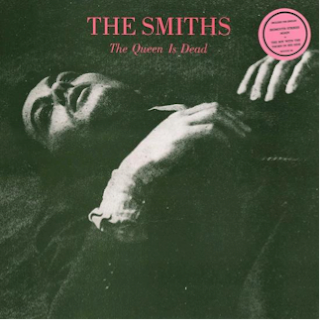 The Queen is Dead … Queen Bitches, Princes and Heroes

2016 was marked by a higher proportion of high profile deaths than any year I can remember, some taken at an early age. In my case the passing of Prince and David Bowie were very important losses, having lived with these people spiritually from an early age and been close to the point of getting to meet Prince in person, having interviewed a number of his “musical family”.  Along with Victoria Wood, Leonard Cohen, Andrew Sachs and too many others, it somehow seems that these people knew what was about to happen in the world and left the stage early. 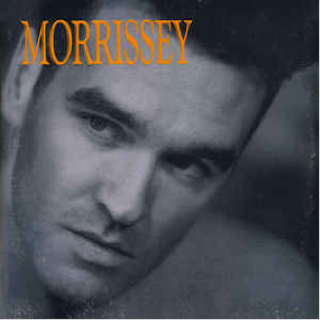 We live in disruptive times, some simple natural consequences of our biology, others essentially “self-harm” driven by desperation and alienation with those who lead us. In both cases, our responses to such things must look after those we love whilst seeking to leave the planet in better order than when we arrived. In many ways, adversity means we must redouble our efforts to make the world a better place.  I am very lucky really, having worked tirelessly over 23 years to develop a resilient and agile business. This has enabled it to survive two recessions when most have crumbled in the gig economy. Some of the 2016 highlights amidst a “hatful of hollows” have been:

·      The launch of my 7th book for Bloomsbury and the commissioning of the 8th for Routledge. I was delighted and surprised to win the Bloomsbury commission and even more so with the request from Routledge, for which I’m now seeking case studies around the theme of “Brain Based Enterprises”.

·      Consulting assignments across the world: This included acting as the guest of honour at the University awards ceremony in Mauritius and delivering a conference in the famous Grand Hotel in Rimini, staying in the suite chosen by the iconic film director Fellini.

·      The launch of a major project to help beat world cancer. The project failed in the first instance mainly due to the lack of a sponsor, in-fighting between various cancer charities and the fact that it nearly bankrupted me as I put my own time and money into it. It stands as a monument just awaiting someone with resources to pick up the threads at Beat World Cancer.

·      Interviews with Prince’s bass player Ida Nielsen, his sax player Marcus Anderson in the Royal Box at the London Palladium, the man who engineered Queen’s classic “Bohemian Rhapsody” and the first transgender star from “The Voice” Jordan Gray.

My priorities for the future are to continue to develop my business internationally to be responsive to an uncertain future and to help my children start out in a hostile world of employment where a war for talent is matched by a war for wages in the gig economy. Despite a hatful of hollows in 2016, I believe in a thing called love and I hope we will transcend the current problems that are sweeping the world. I leave you with a song: