There were some excellent comments 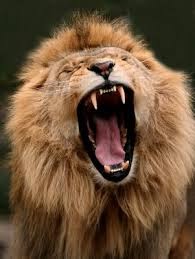 Meeting for coffee dates back to 14th century Turkey and coffee houses remain a cultural hub for people around the world.  The coffee house concept was first brought to London in 1652 by Pasqua Roseé, an eccentric Greek who had worked in Turkey.  By the early 18th century London had over 3000 coffee houses.  They are not to be confused with the Starbucks and Caffè Neros of today – the coffee was dark and almost unpalatable and the conduct of patrons greatly differs from us, who now sit in solitary silence sipping our Lattes.  You were expected to talk and debate.  Button’s coffeehouse (located 300 years ago in the site of the current Starbucks on Russell Street near Covent Garden) is a good example – it was frequented by playwrights, poets, thinkers and journalists.  It was customary for a stranger to sit himself beside you and immediately demand your opinion on the news or place the text of a novel before you and seek your criticism and comments.  Button’s was famous for the head of a roaring lion affixed to its wall – the public were encouraged to feed the open mouth this statue with letters, tales and testaments; the most appealing of the lion’s weekly diet were published in Joseph Addison’s Guardian newspaper, under the heading “the roarings of the lion”.

It was apt that I started last Friday with a cup of coffee, when invited to have a discussion about HR and its role going forwards with Peter Cheese at the CIPD.  Peter joined the CIPD in July last year as Chief Executive, following a successful career in Accenture, which culminated in a seven year stint as Global Managing Director leading the Talent and Organisational Performance Consulting Practice and three years as a senior consultant with various non-executive roles, including Chairman of the Institute of Leadership and Management (where he has continued as a Board member).  I was joined by a couple of inspirational leaders from the HR community - both exceptional bloggers who are not shy in stating their opinions (see http://flipchartfairytales.wordpress.com/ and http://adjusteddevelopment.wordpress.com/).

I must confess to not being a member of the CIPD – despite having spoken at a number of Institute conferences and being invited to various events over the years, for which I am very grateful.  I have never seen the need to belong.  I did not require the qualification to succeed in my job – I was one of the fortunate few to experience the excellent two year modular HR leadership development programme devised by Lloyds TSB, in conjunction with Roffey Park, which covered much more than the CIPD curriculum did at the time – I can understand a balance sheet, spot anomalies in data and am comfortable being consultative, questioning business approaches and testing strategic plans.  Perhaps I was at ease challenging members of the executive team because I am a “quarrelsome lawyer” who has crossed into HR from a commercial role and was already known as a business leader.  For me, the CIPD seemed to have little to offer, indeed I found it frustrating how tied it was into the production of “best practice” policies and procedures, rather than encouraging its members to get under the bonnet and really understand the drivers for their organisation and its people.  I have always believed that HR’s role is to enhance the lives of workers and through them to enable the achievement of desired outputs for the organisations in which they are based. 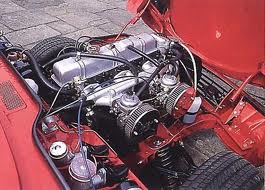 We had a robust discussion about the role of HR and hence the purpose of the CIPD.  Peter is passionate about people and what makes them work.  Being an ex-consultant, he looks at business from a number of angles and is mindful of the need to have strong foundations on which to build for the future; it is no surprise that Peter is a European Board Director with Junior Achievement Young Enterprise Europe (which focuses on the encouragement of financial, entrepreneurial  skills that enhance employability in young people through business involvement in universities and schools).  He also sits on the Council of City & Guilds  and is an Executive Fellow at the London Business School, with close links to the faculties of Organisational Behaviour and Strategic Management.  He has not come from the conventional ranks of HR and he brings a fresh pair of eyes and a commercial but compassionate mind.

Peter sees a broad role for HR that can ensure that the function adds value.  Currently, in many organisations, HR practitioners concentrate on only a small part of the overall requirements of the function.  Cost-cutting and dogmatic espousing of “The Ulrich Model” to the exclusion of all else has not helped.  I think Peter is right, to add value, HR needs to think “in the round” – how can a person expect to talk with authority unless they are:

·         aware of the context in which a business operates (economic, social, political, environmental, etc...);

·         understand the business in which they are based, its strengths, weaknesses, competitors, opportunities and planned future direction; and

·         can devise approaches that will encourage optimum performance and instil job satisfaction and genuine appreciation of worth in the workforce and those with whom they interact.

However, there is more that is needed.  HR is often its own worst enemy – people in HR devise their award winning policies and procedures, often copying what is perceived as best of breed, without giving due consideration to the business that they are supposed to be supporting.  Frustrated employees and individuals vent their anger in blogs on the subject and apocryphal stories abound illustrating what I mean   (http://www.timsackett.com/2013/08/09/reason-2763-people-hate-hr/ )  We people working in HR  need to stand back and consider our role in a business and what we can do to add value.  I am not saying that there is not a place for good policies and procedures – we all benefit from appropriate structures and knowing what is expected of us – but HR is best placed to view what’s going on across the whole business, to hear things from employees at all levels, to have access to data that can be applied to enhance understanding where there are issues and to make proposals as to how to improve things.

Many in HR need to change their attitude and start to roar. 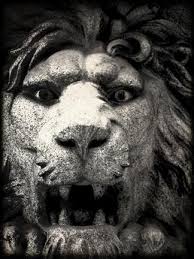 We must join the debate, challenge when we see that things that could or should be done better or that would be more effective if approached in a different way.  The time has come for HR to start leading by example, rather than sitting back, observing the business and waiting to be told what to do.  Being a “support” function, HR usually sees its place as being subservient to those who are client-facing or who make the products.  However, HR has the knowledge and insight to make a real difference and that opportunity will be lost if we won’t join the debate.  As Edward de Bono says in his book Think:

“provocation provides a means by which you can unsettle your mind in order to increase the chance of having a new idea.”

In a world of almost constant change, new ideas are needed.  When will HR be capable of synthesising and provoking ourselves and others to enhance the world of work?  How can the CIPD best help our industry?

I have placed my comments in the lion’s mouth, now let’s hear yours... 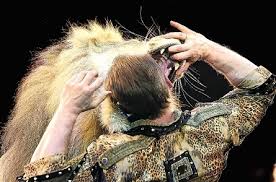