“People Count” was the motto my uncle, Sir Christopher Collett, devised when elected to become Lord Mayor of London for the 800th year of The Mayoralty in 1989.  He was an inspirational, compassionate, humble, intelligent and successful man, across so many spheres – a leading accountant in what became E&Y, a respected City of London dignitary, a commendable ambassador for his profession and country, a tireless charity backer and focused project sponsor who got things done.  He leaves an admirable legacy: throughout his life he worked with others to ensure that objectives were achieved for the benefit of many (including supporting homes for the elderly across the UK, providing community services such as a sports hall and other facilities in his loved Langholm in Scotland, establishing a charity to support young people and rescuing a national monument, Temple Bar by Sir Christopher Wren, that has been returned to a prime location near St Paul’s Cathedral in London).  His choice of slogan was apt – to him, in every way people did count.  Those of us who knew him appreciated what a special man he was.  He died last December and his memorial service was held on Valentine’s Day – a fitting date for a man much loved and who cared so deeply for others.

I am often asked who has influenced me or been my mentor.  I flounder slightly when trying to respond, as I have learned so much from so many.  However, there are a few who stand out.  Having spent considerable time, over the months since his death, contemplating “Uncle Chrissa”, as I called him, I have begun to appreciate how indebted I am to him.  How sad that it is only now that he has gone that I am genuinely beginning to realise how important he was.  I learned some fundamental truths from him – he lived by his values and family always came first.  There is a story I heard at the Guildhall of his missing an important City of London function, to attend an event at his eldest son’s school, the then Lord Mayor summoned him, to berate him for not doing his civic duty, and told him that “The City must always come first”.  My uncle calmly replied that, if that was the case, he would have to resign with immediate effect from his Guild responsibilities and cease being involved in Mansion House matters, as his family would always be his primary priority.  The Mayor, realising that he risked losing a great man’s support, was forced to back down and from that day onwards Chris successfully juggled the various aspects of his life.

We, as a whole, were a close family, indeed my cousins were the nearest I had to siblings for the first decade of my life.  My father and Christopher had met when they did their National Service and formed a strong bond – after they had finished, they took a road trip across Europe on a pair of slightly unreliable motorbikes, then went on to study at Emanuel College Cambridge, where they forged a close group of friends who have lasted them a lifetime.  Christopher met my father’s sister, Anne, and fell in love.  Their marriage is the one I use as my benchmark for how married life should be: loving, supportive, fun and with sufficient mutual respect that either could challenge the other, in a gentle and caring manner, for the benefit of each and those around them.
We lived on a hill and Christopher and Anne bought a wonderful house that was literally at the bottom of our garden.  I have happy memories of tobogganing, starting from outside my backdoor and whooshing all the way through our garden (with a tricky turn by the bamboo), through the narrow gate, that Chris had created to connect us, onwards down the steep, but straight, path that lead to my cousins’ house.  Nostalgia can induce a golden glow, but these were truly happy times.  Every Christmas my uncle would organise carol singing round our neighbourhood, to raise money for a local old people’s home, and we always ended the evening singing for and with the elderly for whom we were collecting, which all of us loved.  My sons now follow his example and we sing annually, a chance to do something meaningful with friends and to raise money for charities where we live.  Chris knew how to bring joy to others through simple actions and by being thoughtful. 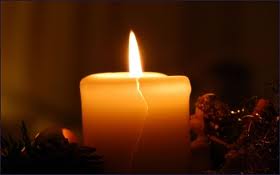 My parents moved to Hong Kong when I was a child, but I had been enrolled in boarding school and so my aunt and uncle became my guardians.  I lived with them at half term and for parts of the holidays.  I was very privileged in that I was a loved member of two families.  Being with Chris I was able to experience what it was like to serve the community through a role in the City of London.  My uncle was a member of the Worshipful Company of Glovers and rose to be Master from 1981-1982, as well as Sheriff for London in 1985, a precursor to becoming Lord Mayor.  Since 1385, when the Court of Common Council stipulated that every future Lord Mayor should “have previously been Sheriff so that he may be tried as to his governance and bounty before he attains to the Estate of Mayor”, the shrieval year of an Aldermanic Sheriff is an obligatory trial run for would-be Lord Mayors of London.  I wonder if the UK or some companies would be better governed if potential PMs, Chancellors or senior executives had to prove their metal in a public role before taking up office.  Chris took his duties seriously and did much to enhance the community in which he served.  He had a knack of getting people to become enthused by his passion, so that, before they fully appreciated it, they had committed to help in a given project or task. I am sure that this is how he succeeded in getting Temple Bar back to London, with the eventual cost being borne by The Corporation of London, even though it was not technically the Corporation’s responsibility.  Chris was Chairman of the Temple Bar Trust from 1993 – 2004 and orchestrated the donation of Temple Bar to the Corporation in 2001.

The pomp and grandeur of City functions was amazing – such beautiful settings, wonderful meals and a joy to be able to see and appreciate parts of London that only a few get to experience.  The sound of the trumpets in the Mansion House lives within me, as does the laughter of the children at the annual Mansion House Children’s Party, a wonderful event primarily for children from underprivileged backgrounds – the annual party was something my uncle remained involved with long after he ceased being an official.  Children loved being with him – he was always relaxed, natural and fun and he clearly enjoyed their company too.  As a teenager I learned skills, such as how to peel a grape at dinner using a knife and fork, and when and how to wear gloves on a formal occasion, talents that I will seldom use, but the reasons behind them and the experiences of doing them were not lost on me.  There is a tradition in The City of an after dinner Loving Cup – a long-established way of showing fealty and sharing a memorable event with others.  The symbolism of guarding colleagues’ backs, whilst they are occupied with a task in hand, has stuck with me. 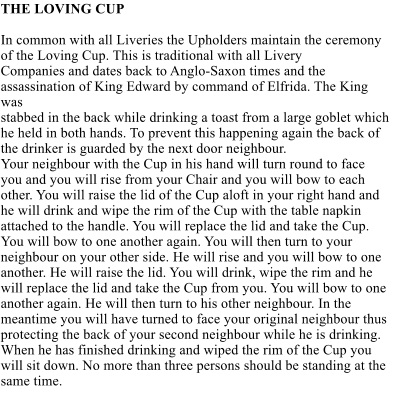 Away from work and The City, Chris taught me how to relax and appreciate the wider world.  Both families used to holiday in Scotland most summers; precious memories of standing thigh-deep in a river, the sky fading from amethyst to dark mushroom, waiting for sea trout at dusk, with the midges swarming around us.  Fresh caught oatmeal-ed trout for breakfast – truly delicious (better than any mansion House dinner).  My uncle and I both learned to dry fly fish in England, with Dermot Wilson on the river Test.  Chris was surprisingly competitive – by challenging me to do better than him, he helped give me confidence and to teach me to persevere.  With him (and also my father, who still has the best cast of any man I know), I gained skills that eventually enabled me to found and run a fly fishing school to finance me through university.  I still find being on a river bank, with bob of a dipper or wagtail in the corner of my eye and the splash of a fish, can stir my soul.  And when I fish I can almost feel Chris with me. 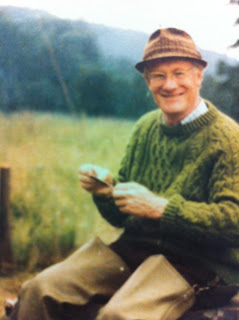 Through his example, my uncle has encouraged me to:


I can be accused of being partisan, however, I know that he was an exceptional man, who himself counted for and contributed so much to so many people.  I am so glad that my sons had a chance to spend a little time with him, before he succumbed to the illness that eventually killed him.  I am so lucky to have had him as a significant influence on me and my life (he died on 2nd December last year and he has left a huge hole for our family, his friends, the communities in which he lived and worked and also the wider arena).  People do count and some count for more than others.