Yesterday Chantal and I dodged the April showers to inspect the bees.  The hive, in which we struggled to breed a new queen last year, is thriving.  The workers are focused on their tasks, the new queen is a prodigious layer, there are capped frames of honey and brood and numerous drones are ambling over the cells, in a state of readiness in case their services are needed.  The big surprise of the inspection was finding a dead large carpenter bee at the centre of the hive – clearly, it had been killed by the honey bees, as it was an imposter with no role in the community. 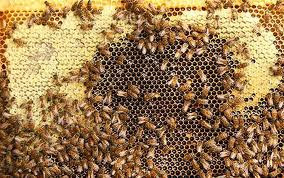 The dead bee made me consider the ways in which we treat colleagues at work.  Although people in an office seldom decide to kill a fellow employee simply because they are different (regrettably, it does happen outside work in the global political and religious spheres), from the school playground onwards humans are inclined to treat “misfits” from their group norm as outsiders to be ostracised and ridiculed.  People can be cruel.  Someone very close to me has Asberger’s Syndrome and she had a terrible time at school; fellow pupils could tell that she was different and so teased and alienated her.  She was an easy victim and at times took the brunt of punishments that should have been shared.  She found it hard to build bonds with her fellow pupils, because they failed to see or appreciate the things that she had to offer – an honest and trusting view of the world, a need for order, an ability to spot patterns others often miss, an authenticity, vulnerability and sensitivity towards others, despite their flaws and disinterest.  I envy her - her world is more black and white than mine and she has a firm understanding of how her existence should be.  Fortunately, she has found work that suits her with a warm and appreciative collection of individuals who value her for who she is and what she does. 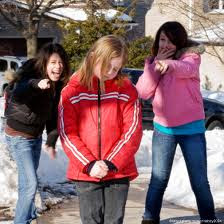 Despite going to my uncle’s funeral, my least happy memory of the week was the couple of hours I spent listening to a forlorn and emotional employee, who felt that they were ostracised by their team and that their skills were not appreciated.  Their distress was genuine but their perception of their perceived value to colleagues was not.  I am glad that our discussion happened, as it is not too late to set things straight.  Diversity is a strength as it helps to ensure that issues are viewed from a range of angles and that appropriate actions are taken.  It is not the first time in my career that I have had an employee tell me that they don’t feel that they fit in.  The ones I have supported usually have the knowledge and capabilities to add significant value but, because they approach things in a different way, they are frequently alienated or taken advantage of.  A certain fellow springs to mind who was a member of a large international Marketing team.  Due to an unhappy childhood and an ill-founded desire to hide his sexuality he had become surprisingly needy.  His work was good but a particularly manipulative colleague spotted his weakness.  He cornered him after hours and, by exploiting the chap’s deep-seated requirement to feel valued and accepted, persuaded him that he should join with him in raising a formal grievance against the business to achieve monetary satisfaction.  Almost too late the more junior fellow realised that he was doing something to achieve approval from a colleague and not because there was a genuine problem with his employer.  The stress of the situation he found himself in had a severe impact on his emotional stability.  It was fortunate that he felt able to come and talk about things.  With the support of the head of department and some of the Marketing team, we were able to put matters right for the benefit of all.  In the process of doing so people became more aware of the contribution he made and, going forward, his opinion is sought and he came to know that he is valued.  It is often the people at the edges or those who bring an external view that can spot beneficial change and propose improvements.

Good managers and leaders should be able to embrace diversity.  It is all too easy to recruit clones – they are simple, because they share an outlook and approach.  The world is not simple.  The workplace and the competitive environment in which businesses operate are increasingly complex and, in order to steer the right course, we need a range of inputs.  The impact of technology and globalisation has made a commercial setting where people have to operate with autonomy and where they want and need to be themselves.  There is a shift from employees who can be relied upon to respond and behave in a predictable manner to teams where each person expects to be empowered, their authenticity respected and their contribution valued.  It is no longer possible to control people by limiting access to data – obtaining information is easy (witness Google); wise interpretation is the issue.  Coping with rounded, but demanding individuals, demands a broad cognitive bandwidth from leaders.  Apparent misfits are often your potential stars – frequently they are the ones who, by being able to observe from a differing viewpoint, bring innovation and creativity. 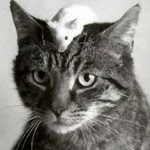 To many Diversity is the differences in race, gender, social background, political inclinations, ethnicity, physical capabilities and sexual orientation.  To my mind, true diversity lies in the heads of people.  Most of the global press celebrated the appointment of the first female judge to the American Supreme Court – however, her sexuality is in my opinion almost an irrelevance, of greater value is her ability to bring a different view point from her peers, so that matters can be evaluated through multiple lenses.  The key to enabling genuine diversity is inclusion and acceptance.  Much of the barrier to diversity and inclusion is cemented in heuristics – from the Greek "Εὑρίσκω" to “find” or “discover”; in other words, our experience-based techniques for problem solving, learning and discovery.  We all have personal understanding, based on previous happenings and our interpretation of the environment in which we operate, these influence and establish the perspective we have on the world.  For example, I am favourably inclined towards a restaurant if it is clearly popular with locals or particular groups of people; I will queue for a loaf at an unfamiliar baker if, despite there being another bakery nearby, there is a large line of people patiently waiting to be served at the one I am considering; and if a train platform is crowded I tend to hurry to get onto it, as I have learned that this is an indication that the train will soon arrive/depart.  My thinking and personal reaction is very much based on my experience within my culture and familiar terrain. 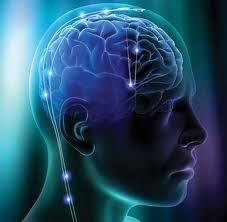 Work, life, biases all impact our cognitive ability.  By far the best book to come out on this subject is Daniel Kahneman’s “Thinking, Fast and Slow”.  http://www.amazon.co.uk/Thinking-Fast-Slow-Daniel-Kahneman/dp/1846140552/ref=sr_1_1?ie=UTF8&qid=1336324751&sr=8-1 Relying on our gut instinct is seldom the best way of making decisions.  Intuitive judgement needs to be balanced with rational and emotional evaluation.  Given that everyone’s mind to a certain extent distorts, invents, contradicts and misleads, there is wisdom in putting a collection of brains together to devise a well-considered outcome.  Weirdly, this brings me back to the bees, not to say that they should not have killed the Carpeneter Bee - threats need to be handled in a swift and appropriate manner.  I wish to draw your attention to bee behaviour - they have adopted a collaborative approach to decision making to ensure their own survival.  When bees swarm a number of “scouts” split away from the main group to seek out potential new locations.  Individual bees return to the swarm and dance out directions that indicate the location of potential spots for habitation.  Rather than grabbing the first opportunity proposed, the other scouts' suggestions are waited for and apparently considered - expeditions are made by small clusters of bees to inspect and assess the suitability of the various proposed sites.  It is only once a degree of group consensus appears to have been reached that the swarm will move en mass to its new residence.  The bees work together for the benefit of the group, but input from a diverse selection of scouts is used to determine an outcome.  We can learn much from bees, although the killing of an inconvenient visitor is probably a step too far! 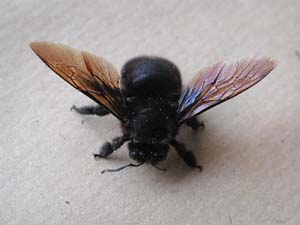